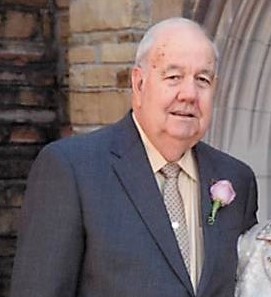 A funeral service is scheduled for 2:00 pm Tuesday, February 28, 2017 at Lakewood Baptist Church with Rev. M. R. Hamilton officiating. Burial will follow at Lakeview Memory Gardens. The family will receive friends Monday evening from 5:00 to 7:00 pm at Vance Memorial Chapel.

Mr. Martin was born December 6, 1928 in Brantley, AL, son of the late Orester Martin and Artie Sasser Martin.  He served his country in the United States Army.  Mr. Martin worked for Chevron for many years as driver and also as a mechanic.  He was a long time member of Lakewood Baptist Church, where he was a deacon and taught Sunday School.  Additionally, he was a former member of the Amen Choir and a member of the Wilson Williams Masonic Lodge.

Other than his parents, he is preceded in death by his first wife, Joan Martin; a granddaughter, Shea Harden Bamberg; one brother, Jack Martin and a sister, Frances Martin.

Flowers will be accepted or donations may be made to St. Jude Children’s Hospital, 262 Danny Thomas Place, Memphis, TN 38105 or www.stjude.org.

Roy and Tammie Wilson and family

To leave a condolence, you can first sign into Facebook or fill out the below form with your name and email. [fbl_login_button redirect="https://vancebrooksfuneralhome.net/obituary/alvin-benjamin-martin/?modal=light-candle" hide_if_logged="" size="medium" type="login_with" show_face="true"]
×