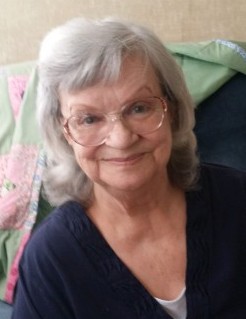 A graveside service will be held at 3:00 pm EST, on Thursday, April 5, 2018 at Lakeview Memory Gardens according to Vance Brooks Funeral Home (Vance Memorial Chapel) with Pastor Hank Reeves officiating in Phenix City  A private family time will take place at the funeral home for family visitation.

Ms. Cox was born April 21, 1941 in Columbus, GA to the late Thurmond E. Glover and Mary Nell Turner Glover.  She was proud to serve and was retired from St. Francis Hospital with 25 years of loyal service.  She enjoyed sewing, reading her Bible, cooking, and spending quality time with her family.  She was a Baptist by faith.  Other than her parents, she was preceded in death by two brothers, Gary Glover and David Glover.

To leave a condolence, you can first sign into Facebook or fill out the below form with your name and email. [fbl_login_button redirect="https://vancebrooksfuneralhome.net/obituary/barbara-fay-cox/?modal=light-candle" hide_if_logged="" size="medium" type="login_with" show_face="true"]
×