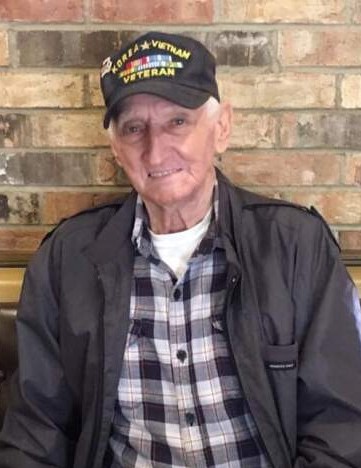 Mr. Barnes, son of the late Bill Barnes and Lizzie Ayres Barnes, was born January 10, 1929 in Lee County, Virginia. He was retired from the U.S. Army where he served honorably for over 22 years. During his distinguished military career, he served on many overseas and stateside assignments to include two tours in Vietnam, Indochina, and Korea. After his military retirement he began a career with West Point Pepperell where he faithfully worked for over 20 years. Mr. Barnes was Baptist by faith and enjoyed the outdoors where he spent many hours walking, sometimes for many miles. He enjoyed gardening and doing outside projects, and particularly looked forward to “tinkering” on something new. Mr. Barnes was an avid Atlanta Braves baseball fan. Mr. Barnes loved his family immensely, particularly his children and grandchildren. The family remembers him as a man who was dedicated to his family and was admired for the dedication he devoted to his wife as her caretaker. A true soldier, one who fully supported the American flag and what it stood for.

Other than his parents, Mr. Barnes was preceded in death by his wife, Dorothy Mae Harrison; son, Ronnie Mixon; granddaughter, Andrea Pinder-Newby; five sisters; and four brothers. He is survived by three daughters, Carolyn Corley and her husband John of Pine Mountain, Georgia, Marilyn Ann Hunt and her husband Shawn of Brentwood, Tennessee, and Sue Moran of Tallahassee, Florida; 11 grandchildren; 22 great-grandchildren; 12 great-great grandchildren; many other relatives and friends.

In lieu of flowers, the family requests contributions be made to Wounded Warriors at www.woundedwarriorproject.org/donate.

To leave a condolence, you can first sign into Facebook or fill out the below form with your name and email. [fbl_login_button redirect="https://vancebrooksfuneralhome.net/obituary/bill-barnes/?modal=light-candle" hide_if_logged="" size="medium" type="login_with" show_face="true"]
×