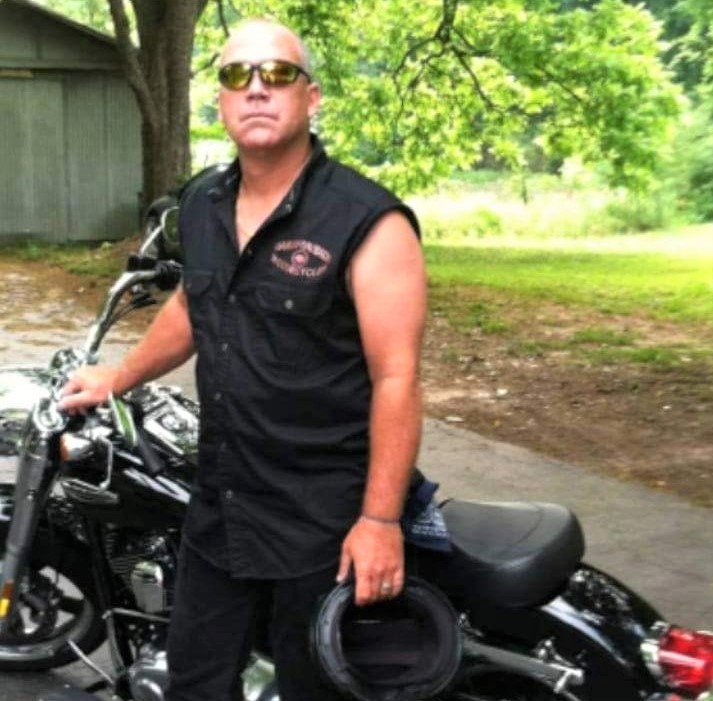 Billy Ray Cosper, Jr., 52, of Phenix City, AL died Saturday, September 25, 2021 in a motorcycle accident on Highway 169.
Funeral Services will be held at 2:00 pm (EST) Friday, October 1, 2021 at Vance Brooks Funeral Home in Phenix City, AL. Interment will follow at Lakeview Memory Gardens. The family will receive friends Friday afternoon from 12:30 until 2:00, prior to the service at the funeral home.
Mr. Cosper was born March 18, 1969 son of the late Billy Ray Cosper, Sr. and Rose Lothal Blair McKinney. He worked as a heavy equipment operator at the Cataula Inert Landfill. Mr. Cosper enjoyed riding his motorcycle and was a member of the Patriot Guard that escorted veterans to the cemetery. He was good at building pretty much anything and was Baptist by faith.
Other than his parents, he was preceded in death by a brother, William Gregory Cosper.
Survivors include his daughter, Jenna Lee Cosper of Smiths Station, AL; former spouse and friend, Lynnde Cosper of Smiths Station, AL; girlfriend, Amanda Jenkins of Phenix City, AL; two sisters, Billie Anne Cosper and Annie Regina Cosper both of Thomaston, GA; a brother, Mark Carlisle of Newnan, GA; several other extended family and friends.

To leave a condolence, you can first sign into Facebook or fill out the below form with your name and email. [fbl_login_button redirect="https://vancebrooksfuneralhome.net/obituary/billy-ray-cosper-jr/?modal=light-candle" hide_if_logged="" size="medium" type="login_with" show_face="true"]
×