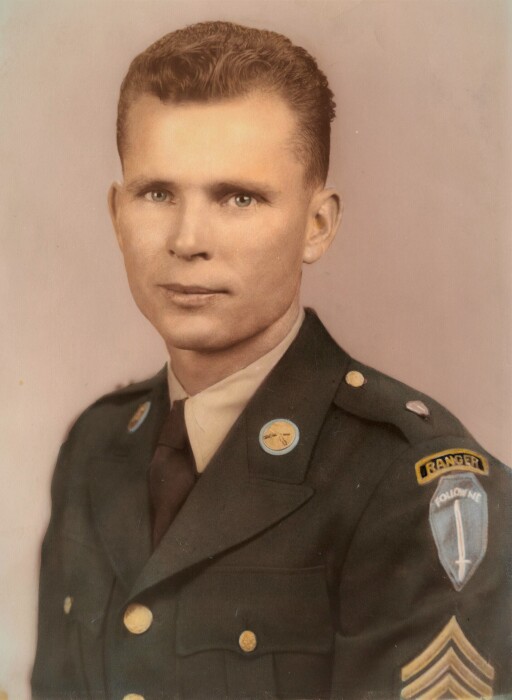 A funeral service will be held 12:00 noon on Monday, July 27, 2020 at Vance Brooks Funeral Home in Phenix City, AL with Chaplain Ed Haag officiating. Interment with military honors will follow at Lakeview Memory Gardens. The family will receive friends from 11:00 until 12:00 noon Monday morning, one hour prior to the service, at the funeral home.

Mr. Bratton was born January 17, 1928 in Corinth, MS, son of the late John W. Bratton and Lessie Frances Russell Bratton. He proudly served in the United States Army and retired after 23 years. Mr. Bratton later worked as a Salesman for Bill Heard Chevrolet and also retired from that position. He was a member of the World Wide Ranger Association, the DAV and a former member of the VFW. Mr. Bratton also enjoyed gardening, the outdoors, and sports but most of all spending time with his family.

Other than his parents, he was preceded in death by his wife of 62 years, Retha Morris Bratton; four sisters, Montel Howie, Virginia Green, Lottie Gray and Mary Bratton; a brother, Jack Bratton.

The family wishes to extend a special thank you to the staff at Kindred Hospice and his caregivers, especially Sandra Leatherwood and Kelly Wade.

To leave a condolence, you can first sign into Facebook or fill out the below form with your name and email. [fbl_login_button redirect="https://vancebrooksfuneralhome.net/obituary/billy-w-bratton/?modal=light-candle" hide_if_logged="" size="medium" type="login_with" show_face="true"]
×