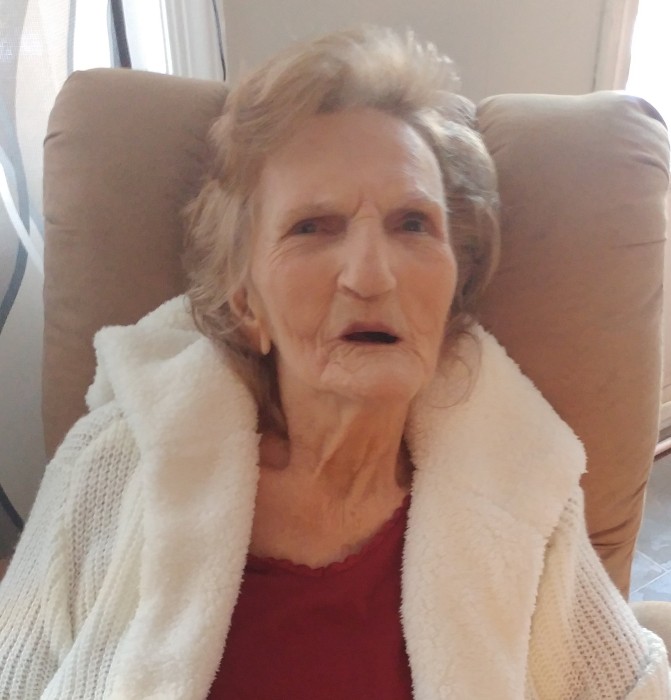 Bobbie Marie Ashmore, age 84, from Columbus Georgia passed away peacefully in her sleep on Monday the 29th of January. She was a devoted wife, mother, grandmother and friend. A funeral service will be held at Vance-Brooks Funeral Home, 4048 Macon Road, Columbus, GA on Thursday, February 01, 2018 beginning at 9:00 A.M. EST.  The interment will conclude the service at Fort Mitchell National Cemetery in Fort Mitchell, AL.  The family will receive friends Wednesday, January 31, 2018 at Vance-Brooks Funeral Home from 6:00 P.M. until 8:00 P.M. EST.

Bobbie was born November 18, 1933 in Columbus, GA to the parents of Rufus Conaway and Minnie Conaway.  She was a devoted mother to 8 children and loved being with her family more than anything. Other than her parents, Bobbie is predeceased by her late husband of 50 years, Claude Ashmore Jr., her granddaughter Amanda Simpson and her sister Nell Beasley.  She shared a special bond during her final years with Robert Webster. Bobbie was known for her sweet smile, witty sense of humor, generosity, and her kind heart. We have lost a beautiful angel, but God has gained one.

To leave a condolence, you can first sign into Facebook or fill out the below form with your name and email. [fbl_login_button redirect="https://vancebrooksfuneralhome.net/obituary/bobbie-marie-ashmore/?modal=light-candle" hide_if_logged="" size="medium" type="login_with" show_face="true"]
×