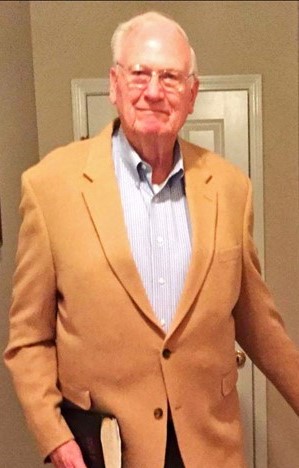 Bobby Harris, age 85, and Kassy Harris, age 82, residents of Phenix City, Alabama, has went home to be with their Lord and Savior. Both were patients at Piedmont Midtown Columbus Regional, and passed away due to complications from COVID-19.   Private graveside services are being held at Fort Mitchell National Cemetery.  Visitation, without the family present, will be held at Vance Brooks Funeral Home on Wednesday, February 3, 2021 from 4-8 p.m.

Mr. Harris, son of the late Olin Price Harris and Atha Boone Harris, was born August 18, 1935 in Dadeville, Alabama.  Mrs. Harris, daughter of the late Ennis Jerome Hall and Margaret Porter Dunn Hall, was born August 29, 1938 in Phenix City, Alabama.  Mr. and Mrs. Harris married on June 10, 1954, and a few years later he was drafted into the U.S. Army, where he served honorably as a Specialist Four in Special Forces during the Korean Conflict.  Mr. Harris was retired from Colonial Bakery where he faithfully worked for 46 years before he retired.  Mrs. Harris was a loving homemaker.  Both Mr. and Mrs. Harris were members of Golden Acres Baptist Church, where he served as a deacon for the past 13 years.  The family remembers their parents as a loving Mom and Dad who were passionate about serving their Lord, serving seniors and others, and sharing the Gospel of Christ.

Other than their parents, they were preceded in death by a daughter, Shelia Collins.  Mr. and Mrs. Harris are survived by a daughter, Donna Kindon and her husband Jimmy of Lawrenceville, Georgia; a son, Bob Harris and his wife Carolyn of Hamburg, Pennsylvania; son-in-law, Max Collins of Lawrenceville, Georgia, 5 grandchildren; 5 great-grandchildren; many other relatives and friends.

To leave a condolence, you can first sign into Facebook or fill out the below form with your name and email. [fbl_login_button redirect="https://vancebrooksfuneralhome.net/obituary/bobby-and-kassy-harris/?modal=light-candle" hide_if_logged="" size="medium" type="login_with" show_face="true"]
×