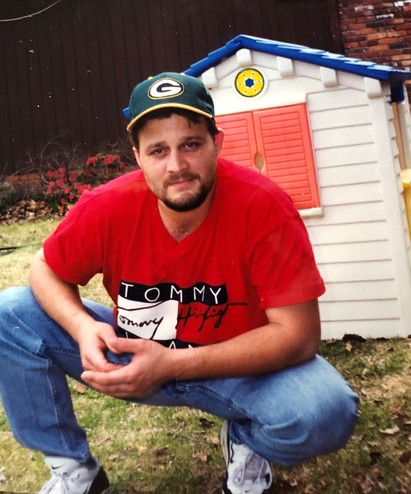 Bradford Andy Ward, 49, of Phenix City, AL died at his residence on Sunday, January 24, 2021.
A Service of Remembrance will be held at 2:00 PM on Wednesday, January 27, 2021 in the Chapel of Vance Brooks Funeral Home, Phenix City, AL with Rev. Ricky Ward officiating. A private interment will be held at a later date.
Mr. Ward was born January 25, 1971 in Columbus, GA son of Diane Pattinger Ward and the late Tony Lamar Ward. He was an active member of Grace Freewill Baptist Church for many years. Andy enjoyed making those around him smile, often sharing a joke or other bit of humor. He was a movie buff, enjoying a variety of films, but leaning toward the older ones as they “really made movies back then”. Other hobbies included fishing and reading often, Stephen King being his favorite author. We will miss his smile, jokes and easy ways in our daily routine, but his memories are forever cherished in our hearts.
Andy was preceded in death by his father, Tony Ward and a twin sister, Stacey Michele Ward.
Survivors include his mother, Diane Pattinger Ward, Smiths Station, Al; two sons, Cody Ward, Sandy Springs, GA and Dillon Ward, Phenix City, AL; one brother, Patrick Scott Ward (Kelly), Orange Beach, AL; several nieces, nephews and friends also survive.

To leave a condolence, you can first sign into Facebook or fill out the below form with your name and email. [fbl_login_button redirect="https://vancebrooksfuneralhome.net/obituary/bradford-andy-ward/?modal=light-candle" hide_if_logged="" size="medium" type="login_with" show_face="true"]
×