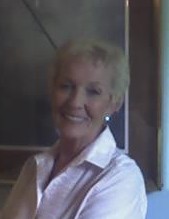 Funeral services will be held at 3:00 pm EST on Wednesday, May 15, 2019 at Vance Brooks Funeral Home in Phenix City.  A private interment will follow at Lakeview Memory Gardens. The family will receive friends at the service.

Mrs. Davidson was born September 28, 1939 in Columbus, GA to the late Joshua Brantley and Winnie Dale Williams Screws.  She had worked as a nurse in her career and took great pride in helping those in need.  She enjoyed nature and the outdoors.  She loved working in her flower garden and observing the many humming birds at different times of the season.  She was a Baptist by faith.  Other than her parents, she was preceded in death by a brother, Larry Brantley.

To leave a condolence, you can first sign into Facebook or fill out the below form with your name and email. [fbl_login_button redirect="https://vancebrooksfuneralhome.net/obituary/carma-brantley-davidson/?modal=light-candle" hide_if_logged="" size="medium" type="login_with" show_face="true"]
×