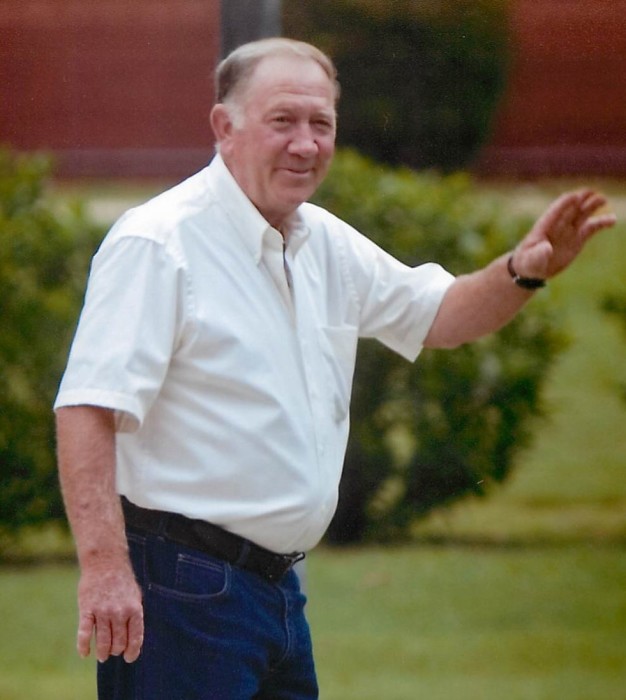 Mr. Cecil Larry Wilkerson of Phenix City, Alabama passed away Thursday, May 9, 2019 at Columbus Hospice House.  He is absent from his earthly body and is now in the Presence of his Lord.

Funeral Services will be held Saturday, May 11, 2019 beginning at 11:00 AM at Epworth United Methodist Church in Phenix City, Alabama with Rev. Woody Brown and Rev. Grant Parker officiating. Serving as pallbearers will be Elton Wilkerson, Chris Wilkerson, Greg Wilkerson, Taffus Wilkerson, Clinton Threlkeld and Bruce Doster.  “Honorary pallbearers will be the many young men who Mr. Wilkerson coached and impacted through the game of baseball.”  Interment will follow at Lakeview Memory Gardens. The family will receive family and friends Friday evening from 6-8 PM at Vance Brooks Funeral Home,  Phenix City, AL.  Donations in his memory may be made to St. Jude Children’s Research Hospital, 501 St. Jude Place, Memphis, TN 38105 or Epworth United Methodist Church, P.O. Box 430, Phenix City, AL 36868 or flowers will be accepted.

Mr. Wilkerson was born February 20, 1945 in Clio, Alabama to the late Luther “Luke” Wilburn Wilkerson and Desser Mae Phillips Wilkerson. Cecil was retired from Uniroyal after years of service as an industrial electrician. He loved quail hunting and raised and trained many bird dogs over the years. He had a love for the game of baseball and shared that love with countless young men as a Dixie Youth baseball coach, winning many championships along the way. An avid Auburn Football fan, he loved watching and cheering on the Auburn Tigers. As a retired coach and proud grandfather, it brought him great joy to watch each of his five grandchildren play in various sports over the years.

Other than his parents, he was preceded in death by four siblings: Doris Wilkerson, Talmadge Wilkerson, Kermit Wilkerson and Wilburn Wilkerson.

To leave a condolence, you can first sign into Facebook or fill out the below form with your name and email. [fbl_login_button redirect="https://vancebrooksfuneralhome.net/obituary/cecil-larry-wilkerson/?modal=light-candle" hide_if_logged="" size="medium" type="login_with" show_face="true"]
×