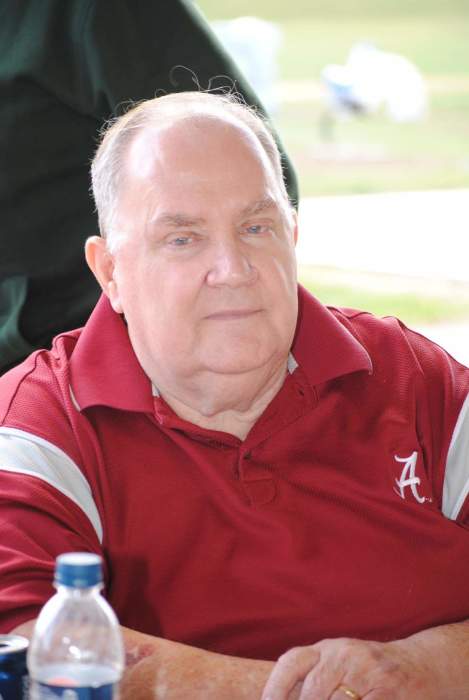 Charles “Chuck” Eugene Parker, Sr., 72, of Phenix City, AL passed away Thursday afternoon, October 3, 2019 at Piedmont Regional Medical Center with his family by his side.

Funeral services will be held 3:00 pm EST on Tuesday, October 8, 2019 at Vance Brooks Funeral Home in Phenix City with Pastor Gerald Corbin and Pastor Brad McDaniel officiating.  Interment will follow at Lakeview Memory Gardens.  The family will receive friends Tuesday afternoon from 2:00 to 3:00 pm EST prior to the service at the funeral home.

Mr. Parker was born November 18, 1946 in Adelphi, OH, son of the late Henry Parker and Mabel Garrett.  He had worked as a supervisor with Crown Central Petroleum in Columbus, GA and was retired.  He was a former Mason, and a Christian by faith.  He enjoyed watching sports, NASCAR, and was a huge Alabama Crimson Tide fan.  He also enjoyed sharing three-way phone conversations with his brothers talking about the NFL.  He loved grilling out and spending time with his family, and all his grandchildren, and great grandchildren.  Other than his parents, he was preceded in death by two brothers, James Parker, and William “Bill” Parker.

To leave a condolence, you can first sign into Facebook or fill out the below form with your name and email. [fbl_login_button redirect="https://vancebrooksfuneralhome.net/obituary/charles-chuck-eugene-parker-sr/?modal=light-candle" hide_if_logged="" size="medium" type="login_with" show_face="true"]
×