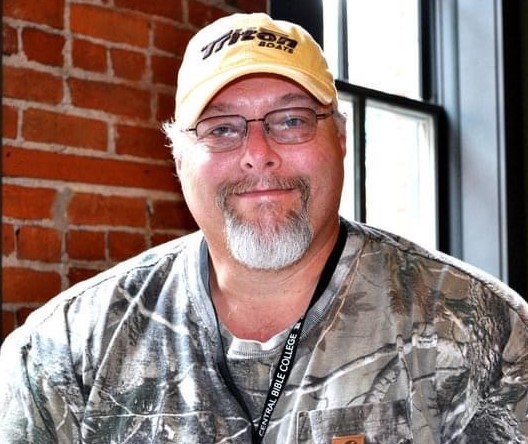 Charles Edward “Eddie” Francis, Jr, 61, of Seale, AL closed his eyes in this life and woke up with Jesus in Paradise on the Lord’s Day, Sunday, March 14, 2021 while at his residence.
Graveside services with Masonic Rites will be held at 2:00 PM on Friday, March 19, 2021 in Parkhill Cemetery according to Vance Brooks Funeral Home, Phenix City, AL with Rev. Dennis Lawrence officiating. The family will receive friends from 5:00 PM till 8:00 PM on Thursday at the funeral home.
Eddie was born May 08, 1959 in Columbus, GA son of Charles Edward Francis, Sr. and the late Doris Davis Francis.
He was retired after enjoying a varied and adventurous career life. His entrepreneurial spirit and analytical mind led him from a management career in grocery to restaurant ownership and later to the construction industry. Most notably, he owned Fat Freddie’s Barbecue on Buena Vista Road in Columbus until the property was sold. Later he founded Extreme Services, Inc., where he was a general contractor primarily working at Fort Benning, Georgia. One of his proudest moments was receiving a commendation for excellence from the garrison commander for the work his company completed on the first Wounded Warrior housing on Fort Benning.
Eddie earned ministry credentials with the Assemblies of God as a proud graduate of the first graduating class of the Georgia School of Ministry. He was later ordained as a Non-Denominational minister. He was a member of the Midland Lodge #144 where he was a 32nd Degree Mason. Eddie had a heart for both men’s ministry and evangelical missions. He taught several men’s study groups and was passionate about leading others to Christ.
One of his favorite evangelism projects was working with Chi Alpha Campus Ministries. He also supported numerous other missions, locally and throughout the world.
Eddie enjoyed hunting and guns, using this pastime as a ministry as well, often organizing wild game dinners and hunting trips for men’s ministry groups and for disabled individuals.
Eddie was one of the most generous men we‘ve ever known; giving to others cheerfully, whether he had plenty or he had little.
We will remember Eddie for his love of God, passion for ministry, generous heart and commitment to his family. He lived fearlessly and loved selflessly. Big Eddie lived big, he loved bigger, and he left an amazing legacy. We can’t think of a better way to describe all that Eddie was and all the lives he touched than to quote John 21:25 (The Message): “If all his stories were written down, each one of them, one by one, I can’t imagine a world big enough to hold such a library of books.”
He will be missed, but never forgotten, because of the impact of the life of integrity that he lived.
Survivors include his wife, Sherri Alisa “Lisa” Smith Francis, Seale, AL; four children, Bradford Martin Francis, Columbus, GA, Michael Alan Reed, Landrum, SC, Brittany Nicole Townsend (Derek) Smiths Station, AL and Christopher Glenn Reed (Ashley), Athens, GA; sister, Pamela Francis, Columbus, GA; one grandchild, Calvin Francis; numerous other family members and friends also survive

To leave a condolence, you can first sign into Facebook or fill out the below form with your name and email. [fbl_login_button redirect="https://vancebrooksfuneralhome.net/obituary/charles-edward-francis-jr/?modal=light-candle" hide_if_logged="" size="medium" type="login_with" show_face="true"]
×