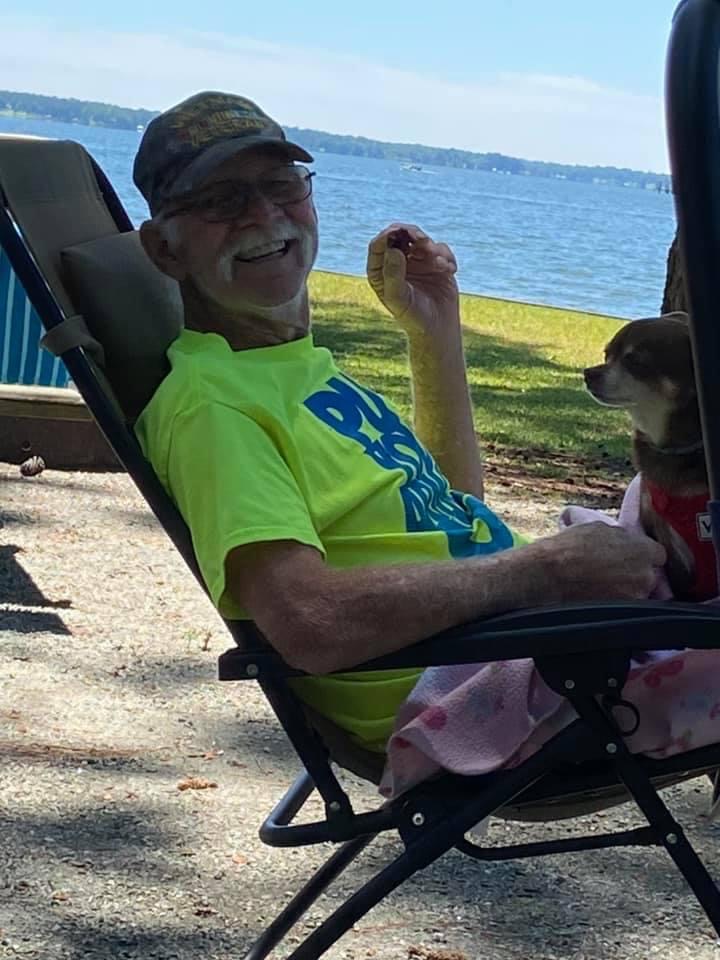 Charles Eugene Woods, 72, of Phenix City, AL died at Piedmont, Midtown Columbus, GA on Friday, December 10, 2021 with his family by his side.
A Service of Remembrance will be held on Saturday, December 18, 2021 at 5:00 PM (EST) at Crawford Road Baptist Church, Phenix City, AL according to Vance Brooks Funeral Home, Phenix City, AL with Bro. Marvin Minton officiating.
Mr. Woods was born March 13, 1949 in Augusta, GA son of the late Jack DeWolfee and Margie Day DeWolfee. He had retired from the U. S. Army and the Alabama National Guard as a Light Wheel Mechanic after 23 years of dedicated service to our country. After retiring from the U. S. Army, he went to work at Ft. Benning as a Light Wheel Mechanic and retired once again. Mr. Woods was an active member of Crawford Road Baptist Church where he was a Deacon and also served in various other ministries. He loved to camp with his family, wood working, and spending time outdoors. His family was his life, and he enjoyed every minute with them. We will miss his influence in our lives, but we know he has built a solid foundation for us to continue to build on.
Mr. Woods was preceded by his parents and a sister, Abigail Craven and a brother, Fulton “Buster” Otis Woods, Jr.
Survivors include his wife of 47 years, Barbara Hidle Woods, Phenix City, AL; two children, Shohn Woods (Stephanie) and Abby Sadler (Drew); one brother, Keegin Woods (Sandra) and one sister, Linda Graham; six grandchildren, Gabe Woods, Jacob Woods, Brooklyn Woods, Dakoda Sadler, Page Shenton (Joel) and Nathan Sadler; one precious great-grandchild, Jacqueline; a sister-in-law, Sonja Miller; sidekick “Cocoa”; numerous nieces, nephews and friends.
In lieu of flowers the family requests donations be made in his memory to, Crawford Road Baptist Church, Deacon Benevolence Fund, 2706 US-80, Phenix City, AL 36869.

To leave a condolence, you can first sign into Facebook or fill out the below form with your name and email. [fbl_login_button redirect="https://vancebrooksfuneralhome.net/obituary/charles-eugene-woods/?modal=light-candle" hide_if_logged="" size="medium" type="login_with" show_face="true"]
×