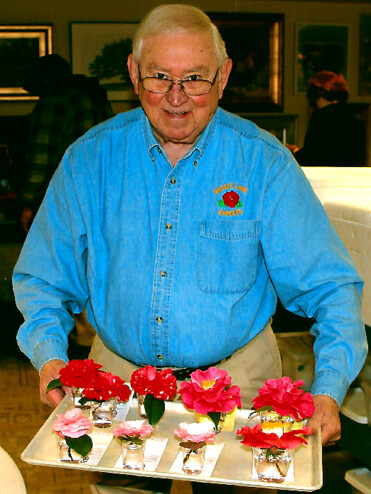 Charles Warren Thompson, 96, of Ft. Valley, GA died peacefully while at Summerhill Senior Living Community, Perry, GA with his family by his side.

Mr. Thompson was born April 12, 1926 in Columbus, GA son of the late Aleck Young Thompson and Mary Ida Kendrick Thompson. He was a proud U. S. Navy Veteran serving during WWII. After the war he began his work career, eventually retiring from the U. S. Post Office in Ft. Valley, GA where he served as Postmaster for 10 years. Mr. Thompson was an elder at the Presbyterian Church of Ft. Valley and a member of the American Camellia Society.  He lived a long and fruitful life that has and will continue to have a positive impact in the lives of his family and friends.

Mr. Thompson was preceded in death by his parents, Aleck and Mary Ida Thompson; two sisters and two brothers; one grandson.

Donations may be given in Mr. Thompson’s memory to: Samaritan’s Purse at https://sampur.se/3IA6VLa  or the American Camellia Society at https://www.americancamellias.com/about-american-camellia-society/donate.

To leave a condolence, you can first sign into Facebook or fill out the below form with your name and email. [fbl_login_button redirect="https://vancebrooksfuneralhome.net/obituary/charles-warren-thompson/?modal=light-candle" hide_if_logged="" size="medium" type="login_with" show_face="true"]
×