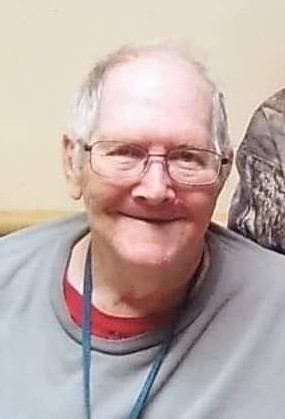 Charlie was born on October 12, 1942 in Columbus, GA to the late Charlie and Lucille McCrary, Sr.  He was employed for several years with Tom’s Foods.  Charlie was a man of very high morals and a giving heart.  One of his greatest pleasures in life was raising Beagles, a task which he absolutely loved.  During his time at Oakview Nursing Home, Charlie became quite a celebrity.  He was always greeted with a smile from the staff and other residents and often heard quoting his favorite and most beloved Scripture, John 3:16.  Charlie will be greatly missed but forever remembered in the hearts of those who knew him.

Survivors include his daughter, Tammy Werner (Drew) of Smiths Station, AL; and four grandchildren, Emily Ray, Noah Ray, Madison Werner, and English Werner.  Other than his parents, Charlie is preceded in death by his wife, Linda Carol McCrary.

To leave a condolence, you can first sign into Facebook or fill out the below form with your name and email. [fbl_login_button redirect="https://vancebrooksfuneralhome.net/obituary/charlie-f-mccrary-jr/?modal=light-candle" hide_if_logged="" size="medium" type="login_with" show_face="true"]
×