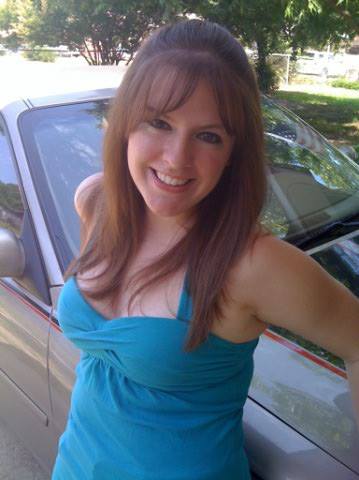 Christina Reneé Myers, “Chrissy”, 29, of Columbus, GA  passed away Wednesday, August 16, 2017 at her residence in Columbus.  A funeral service will be held at Vance-Brooks Funeral Home, 4048 Macon Road, Columbus, GA on Monday, August 21, 2017 beginning at 11:00 A.M. EST with Pastor David Hardwick officiating.  The interment will conclude the service at Parkhill Cemetery.  The family will receive friends prior to the service at the funeral home beginning at 9:00 A.M.

Chrissy obtained an Associate of General Studies from Columbus State University and she was a member of Gentian Baptist Church.  She had a bubbly personality and was the bright light in any room as she was always laughing and smiling.  She had a huge capacity for love and forgiveness.  She loved her family and her nieces and nephews as her own children.  She cared for others and never showed any pain so no one would worry.  She never left anyone’s company without giving them a huge hug.  Her greatest love was being “Aunt Chrissy” as she loved her nieces and nephews more than anything else in the world.  She had a love of all animals and mostly cared for dogs.

Chrissy is predeceased by her grandfather, Ralph Helton; her grandmother, Beverly Miller; and a great aunt, Georgia Parrott.  She is survived by both parents, Ronald and Anita Myers of Columbus; her sister, Jenny Johnson (Corey) of Waverly Hall, GA; her brother, Jason Myers of Columbus; her sister, Melanie Wray (Billy) of West Virginia; and nieces and nephews:  Bree Johnson and Austin Johnson of Waverly Hall, GA, Tedi Baird of Kentucky, Ashleigh DeVries of Ohio and Kelsey DeVries of West Virginia.

To leave a condolence, you can first sign into Facebook or fill out the below form with your name and email. [fbl_login_button redirect="https://vancebrooksfuneralhome.net/obituary/christina-rene%D0%B3-chrissy-myers/?modal=light-candle" hide_if_logged="" size="medium" type="login_with" show_face="true"]
×