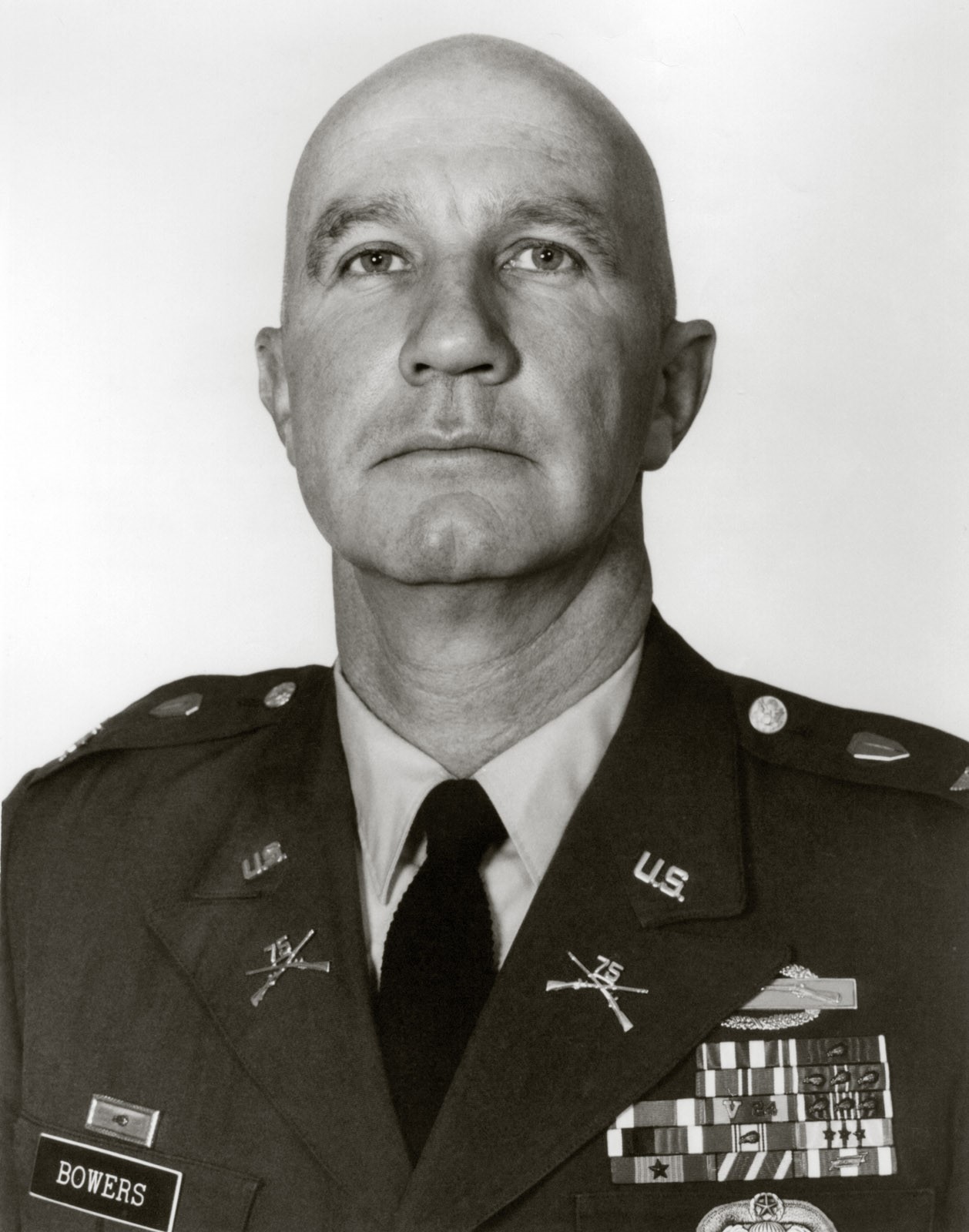 Jim Bowers, also known as “Ranger Jim” and “Cowboy Jim”, was born in a coal mining camp named Cassville, in West Virginia on August 14, 1930. The Angels recruited Jim for their “Ranger Patrol” on October 1, 2022 at his home in Spring Harbor, Columbus, Georgia. He was 92.

Jim was a strong and dedicated family man who was blessed with a sweet, beautiful and totally dedicated Army wife, Kathryn Gee Bowers, affectionately known as “Kacky”. Jim and Kacky were married at Fort Riley, Kansas in 1956, and together they raised two exemplary sons, Jim Junior and Clarke.

After graduating from the University of West Virginia where he received a regular Army commission from ROTC, Jim served thirty proud years on active duty and commanded at each level from Platoon through Brigade. He served with the 101st Airborne Division in Vietnam. He was immensely proud of his Airborne Wings and Ranger Tab, and his favorite and most rewarding assignment was Director of the Ranger Department from 1973-1977.

Upon retiring from active duty, he taught JR ROTC at Hardaway High School in Columbus, Georgia for ten years and then moved to Florida in 1993. He returned to Columbus in 2006.

In addition to his love for his family and country, Jim had a passion for the great outdoors and had a special adoration for animals. Some of his favorite hobbies were hunting, fishing, playing and hunting with his dogs, riding and driving his horses, water skiing and flying small airplanes.

Jim is survived by his two sons James Bowers, Jr. of Henderson, Nevada and Clarke Bowers of Dawsonville, Georgia.

Jim Junior and Clarke are planning a wonderful, uplifting Celebration of Life, for both Jim and their mother Kacky, which will be announced in the near future.

In lieu of flowers the family requests memorial contributions be made to Paws Humane, 4900 Milgen Road, P.O. Box 8964, Columbus, Georgia 31908.

To leave a condolence, you can first sign into Facebook or fill out the below form with your name and email. [fbl_login_button redirect="https://vancebrooksfuneralhome.net/obituary/col-ret-james-m-bowers/?modal=light-candle" hide_if_logged="" size="medium" type="login_with" show_face="true"]
×

Light a Candle
Service
A Celebration of Life will be held at a future date.
×
×
Donations
[donation_list][/donation_list]