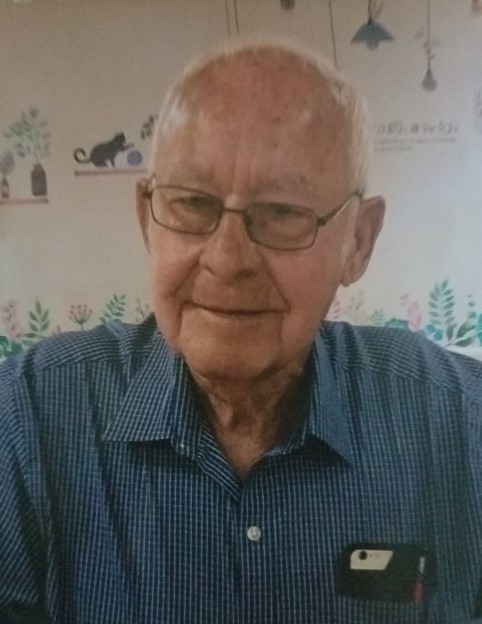 Mr. Self was born April 18, 1933 in Leesville, LA, son of the late Guy Self and Rosetta Moore Self.  He received his diploma education at Pioneer High School, Pioneer, LA.  A career military man, he served his country and fellowman during the Korean War.  During his 5-years tenure in the Navy from April 1952 through April 1957, and 22-years tenure in the United States Coast Guard from October 1957 through May 1979.  He was the recipient ant of numerous awards and medals including the Navy Occupation Service Medal (Europe Clasp), United Nations Service Medal; Korean Service Medal; National Defense Service Medal, and Good Conduct Medal with 5 Bronze Stars.  After 27 years of faithful service, he was honorably discharged and retired on May 1, 1979.

Frank was a determined and hardworking man.  He had the joy of owning four Cessna aircraft and flew for 25 years.  After retiring from the Coast Guard, he was elected in November of 1979 as County Supervisor in Washington County, MS serving 11 years, then elected as Mayor in Greenville, MS where he served faithfully for 6 years.

Frank loved his family, music, playing the piano, singing, and traveling.  He enjoyed socializing, laughing, eating out, and spending quality time with his wife.  Frank taught by example to love, to be strong, honest, and hardworking.  He will be remembered as always smiling, never meeting a stranger, and loving others.  He was a member of Smiths Station Baptist Church.

Other than his parents, Frank was preceded in death by his former wife, Inge Karen Self, siblings, Delbert Self, Sr. (Pauline), Getsia Self Spurgeon (Buddy), L. C. Self (Lennie), Guy Self, Jr., Helen Self Redner, and a brother-in-law, Frankie Hennigan.

A celebration of life funeral service will be held at 2:00 pm EST on Wednesday, July 24, 2019 at Vance Brooks Funeral Home in Phenix City, AL with Dr. David Kees officiating.  The family will receive friends one hour prior to the service from 1:00 to 2:00 pm EST on Wednesday at the funeral home in Phenix City.  Another celebration of life is to be scheduled with Boone Funeral Home at 11:00 am CST on Saturday, July 27, 2019 Greenville, MS.  Interment will follow with Military Honors at Greenville Cemetery.   The family will receive friends Friday evening from 6:00 to 8:00 pm CST at Boone Funeral Home in Greenville.

In lieu of flowers, the family request contributions to the American Heart Association, or your favorite charity in memory of Mr. Frank Self.

To leave a condolence, you can first sign into Facebook or fill out the below form with your name and email. [fbl_login_button redirect="https://vancebrooksfuneralhome.net/obituary/cw04-retired-c-c-frank-self/?modal=light-candle" hide_if_logged="" size="medium" type="login_with" show_face="true"]
×