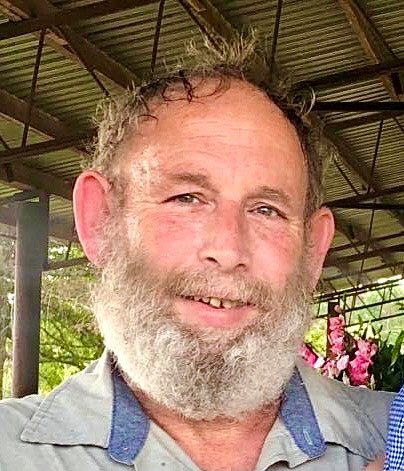 Interment will be at a later date in Pleasant Grove Baptist Church Cemetery, Broughton, AL.

Donald Scott Hendrix, 58, of Roanoke, AL died at RMC Anniston, AL on Thursday, April 01, 2021.
Funeral Services will be held at 2:00 PM (EST) on Wednesday, April 07, 2021 in the Chapel of Vance Brooks Funeral Home, Phenix City, AL with Rev. Gary Baswell officiating. Interment will be at a later date in Pleasant Grove Baptist Church Cemetery, Broughton, AL. The family will receive friends Tuesday from 6:00 till 8:00 PM (EST) at the funeral home. In lieu of flowers, the family asks that donations be sent to St. Jude Children’s Hospital, www.stjude.org, in his memory.
Scott was born July 20, 1962 in Columbus, GA son of Patsy Anne Porter Hendrix and the late Tuscon Albright Hendrix. He was Lead Maintenance Man at Integrity Cabinets in the Lineville-Ashland area. There was practically nothing mechanical he could not repair.
Scott regularly attended Freedom Harbor Baptist Church and Pleasant Grove Baptist Church.
He enjoyed the outdoors, especially hunting, fishing and riding anything with wheels on it. One of his passions was Alabama football, enjoying game day with his family and friends. He loved to work on his farm using the backhoe and tractor to make improvements to the property for his use and the health of his beloved farm animals.
At the end of the day though, his family was his number one priority. Scott loved his children and wife, but the grandchildren were the “apple of his eye.” His time with us was far too short, but his ways and happy memories will always be cherished in our hearts.
Survivors include his mother, Patsy Anne Porter Hendrix, Junction City, KS; wife, Iris Cindy Wilkins Hendrix, Roanoke, AL; former wife and mother of his children, Rachelle Dee Hendrix; three children, Brittany Clark (Andrew), Salem, AL, Justin Hendrix (Breana) and Wyatt Hendrix (Hailey) all of Smiths Station, AL; three stepchildren, Sherrer Brooks (David), Brittney Wilkins, Stevenn Wilkins (Kyndle); sister, Stacey Edwards (Jason); grandchildren, Shelby and Jacob Clark, and Tucker Hendrix: step-grandchildren, Tegan Brooks, Natalee Wilkins, John-Adam Tyler, Alek Newman and Myles Elliot; numerous nieces, nephews and friends also survive.

To leave a condolence, you can first sign into Facebook or fill out the below form with your name and email. [fbl_login_button redirect="https://vancebrooksfuneralhome.net/obituary/david-scott-hendrix/?modal=light-candle" hide_if_logged="" size="medium" type="login_with" show_face="true"]
×

Interment will be at a later date in Pleasant Grove Baptist Church Cemetery, Broughton, AL.