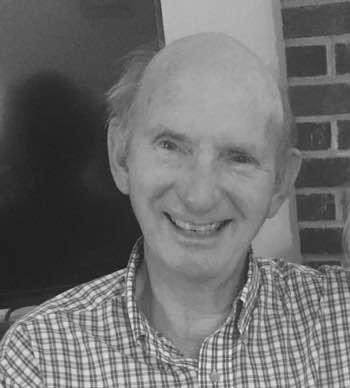 Dennis M. Jones, age 76, resident of Phenix City, Alabama, passed away on Saturday, September 10,2022 at Columbus Hospice House. Funeral services are scheduled at the Chapel of Vance Brooks Funeral Home, 3738 US Hwy 431N, Phenix City, Alabama on Wednesday, September 14, 2022, 2 p.m. with Reverend Eric Hood and Reverend Chris Parker officiating. Interment will follow at Lakeview Memory Gardens. The family will receive friends at the funeral home on Tuesday, September 13,2022 from 6-8 p.m.
Mr. Jones, son of the late Marion Jackson Jones, Jr. and Mary Nell Whitman Jones, was born May 16,1946 in Columbus, Georgia. He was retired from REVCO, Big B, and CVS pharmacies where he worked faithfully as a manager for over 34 years. Mr. Jones served his country honorably in the National Guard and Air Force Reserves and was a member of the Phenix City Historical Commission. He was a Christian man and enjoyed researching family genealogy. Mr. Jones collected postcards of Phenix City and Columbus for years. He enjoyed collecting bricks and had a strong passion towards photography, specifically nature photography. Mr. Jones would volunteer to upkeep various non-perpetual care cemeteries in the area and would assist people locating graves and headstones of their loved ones. He was an avid Auburn football fan and enjoyed listening to easy listening music when he was home. The family remembers him as a man who cared for and provided for his family.
Besides his parents, he was preceded in death by his wife, Sharon Ann Garner Jones.
Mr. Jones is survived by one daughter, Amy Martin of Phenix City; one son, Joel Jones of Phenix City; two sisters, Margy Alft of Phenix City and Glenna Coulter of Baton Rouge, Louisiana; two brothers, Steve Jones and his wife Linda, and Gary Jones, of Phenix City; two granddaughters, Katherine Lynn Martin and Norah Ann Martin; several nieces; nephews; other relatives and friends.
Condolences may be offered at www.vancebrooksfuneralhome.net.

To leave a condolence, you can first sign into Facebook or fill out the below form with your name and email. [fbl_login_button redirect="https://vancebrooksfuneralhome.net/obituary/dennis-m-jones/?modal=light-candle" hide_if_logged="" size="medium" type="login_with" show_face="true"]
×