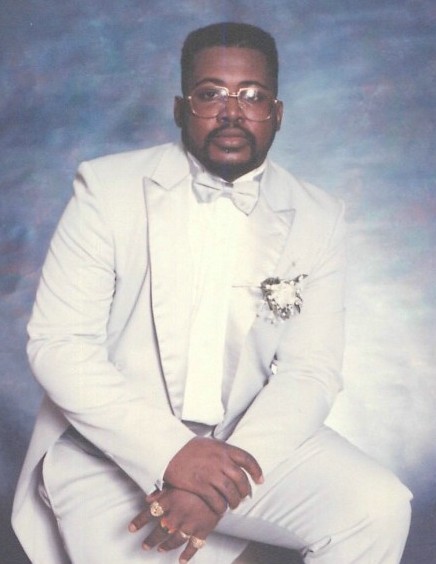 On July 28, 1961 Dennis Wesley Eaton was born in the Bronx, NY to Victor and Eva Eaton, where he was raised.  He attended public schools and graduated from Dewitt Clinton High School.  Dennis attended St. Paul’s Baptist Church, where he received his first baptism and became a faithful member.  As a child Dennis loved to play outside and was a very social person.  He always had a love for music, cars, dogs and wrestling.  He also loved tinkering with electronic gadgets that followed him through adulthood.

He started his journey of various jobs where he became certified by the New York City Housing Authority for construction.  The job that counted the most to him was working as a security officer where he met Lorraine Latimore, whom later became his wife in 1985.  In this union they had five beautiful children, AZ, Quinnshawna, Daniel, Graceshell and Nathaniel.

In 1997, Dennis left the city that he loved and moved his family to Hershey, Pennsylvania to seek a better life and opportunities.  While in Pennsylvania he started his own exterminating business, where he became very successful until he became ill.  Because of his illness he decided to retire and later moved his family to Columbus, GA. While in Georgia, Dennis spent his time playing with his grandchildren where he shared with them his wisdom and knowledge.  He always had a love for cooking, his famous line would be “come taste this” whether it be a soup, Jamaican food or his famous curry goat which he was so proud of.

Dennis was a loving devoted son, husband, father, grandfather and a friend to so many he came in contact with.  He was a very outspoken person who never sugar coated the way he felt. He was a real man who took care of his family to the end and he will always be missed.

To leave a condolence, you can first sign into Facebook or fill out the below form with your name and email. [fbl_login_button redirect="https://vancebrooksfuneralhome.net/obituary/dennis-wesley-eaton/?modal=light-candle" hide_if_logged="" size="medium" type="login_with" show_face="true"]
×