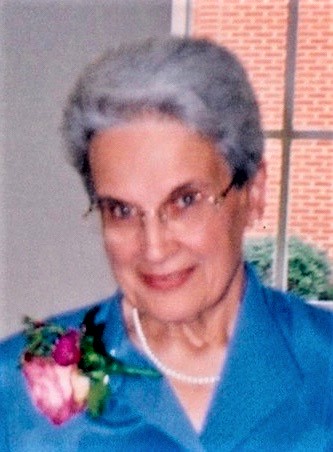 Diane was born to Dell and Alfred G. Nelson March 5, 1933 in Monroe, WI. She married Lyle G. Swanton of Monroe, October 10, 1954. As her husband was military, they lived in several different areas of the country. Upon retirement from service at Fort Benning, GA, Diane and Lyle chose to work and raise their family in Phenix City, Al. Diane was a vital part of the local community and church until 2003, when they moved to Montgomery, AL to be closer to grandchildren and family.

Diane spent the majority of her career working in Columbus, GA at Cliff Averett Buick-Cadillac beginning as an administrative assistant and advancing to be a vice-president. Later she managed a home health agency serving the Columbus area with her final years of living in the area working at the Medical Center of Columbus as administrative manager to the Department of Nursing. Although work was a big part of her life, her family and church were her primary focus. She served her community by volunteering with the Boys and Girls Club and Salvation Army, as well as serving on various boards and the city council. Her goal in all areas of life was to give her very best, bring all projects to completion, serve others with love and a smile, and make a positive impact on her community.

Lakewood Baptist Church of Phenix City is where she truly considered home. She loved singing in the choir, teaching Sunday school and planning many socials within the church. After moving to Montgomery, she established her church home at Frazer United Methodist Church where she was one of the teachers of the Jack Thompson Sunday School Class. She volunteered and served daily in the Clothes Closet ministry giving graciously and lovingly to everyone she met. She also loved to travel, read, cross-stitch, bake, watch college football, cheer on the Atlanta Braves and anything to do with the US Olympics.

To leave a condolence, you can first sign into Facebook or fill out the below form with your name and email. [fbl_login_button redirect="https://vancebrooksfuneralhome.net/obituary/diane-n-swanton/?modal=light-candle" hide_if_logged="" size="medium" type="login_with" show_face="true"]
×