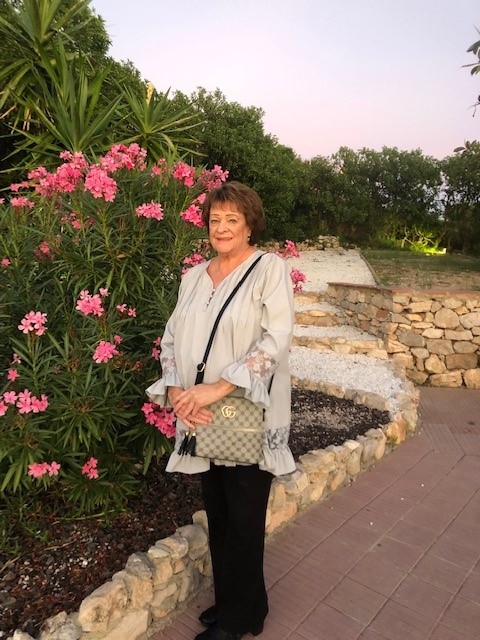 Diane Borowski Riggle,77, of Phenix City, AL died after a short illness at Bethany House in Auburn, AL on Sunday, September 19, 2021 with her family by her side.
A Service of Remembrance will be held at a later date according to Vance Brooks Funeral Home, Phenix City, AL.
Mrs. Riggle was born March 2, 1944 daughter of the late Michael Borowski and Viola B. Sowinski Borowski. She lived and went to school in Port Allegany, PA. She worked a number of years at the glass factory, Pierce Glass, and was also a homemaker. She and her family moved to Georgia where she was a florist for many years. One of her favorite past times, was to travel, especially with family. Mrs. Riggle had traveled numerous places around our country and the world making memories at every stop. We will miss our adventures together as a family, however she has left an indelible mark on our hearts.
Mrs. Riggle was preceded in death by her parents and her husband, Wylie P. Riggle, Jr.
Survivors include her five children, Kimberly Hudson (Keith), Phenix City, AL, Michelle Marie Crane (Nicholas), Dallas, GA, Paul Michael Riggle (Karen), Snellville, GA, Scott Riggle (Colleen), Tyrone, GA and William Riggle (Song Mi), Phenix City, AL; 10 grandchildren, and 6 great grandchildren.

To leave a condolence, you can first sign into Facebook or fill out the below form with your name and email. [fbl_login_button redirect="https://vancebrooksfuneralhome.net/obituary/diane-riggle/?modal=light-candle" hide_if_logged="" size="medium" type="login_with" show_face="true"]
×