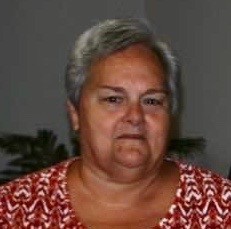 Donna Carpenter Stringfellow, 68, of Phenix City, Alabama, went to be with her Lord on Tuesday, September 1, 2020 at Piedmont Hospital in Columbus, Georgia.

A Celebration of Donna’s life will begin at 11:00 AM EST, on Saturday, Sept. 5, 2020 at Vance Brooks Funeral Home 3738 U.S. 431 N Phenix City, AL with Salvation Army Major Robert Hopper officiating. Interment will follow at Lakeview Memory Gardens. The family will receive friends beginning at 10:00 AM at the funeral home.

Donna was born in Shirley, Massachusetts, the daughter of the late James H. Carpenter and Theresa Paul Carpenter. The family later moved to Phenix City, AL where Donna worked as an Insurance Specialist for over 25 years with Doctors Cohen and Steinwach. Donna loved her family and especially enjoyed spending time and spoiling her only grandchild Dustyn Lunceford. Donna was a member of Landmark Church of the Nazarene for many years.

The family would like to say a heart felt “Thank You” to all of their friends and family for their continued prayers and support during this time.

To leave a condolence, you can first sign into Facebook or fill out the below form with your name and email. [fbl_login_button redirect="https://vancebrooksfuneralhome.net/obituary/donna-carpenter-stringfellow/?modal=light-candle" hide_if_logged="" size="medium" type="login_with" show_face="true"]
×