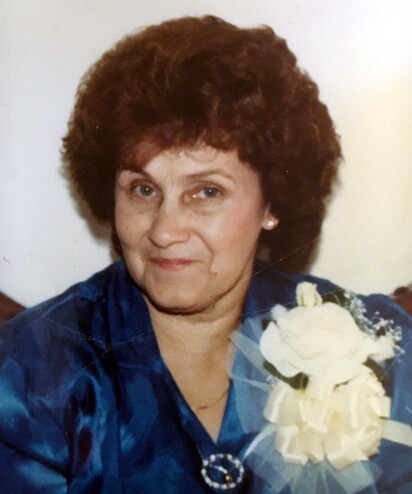 Doris “Dene” Pope Stewart, 89, of Smiths Station, AL died peacefully at her home on Tuesday, October 18, 2022 with her family close by her side.

Graveside Services will be held at 10:30 AM (EST) on Friday, October 21, 2022 in Lakeview Memory Gardens with Rev. Dan Rogers officiating according to Vance Brooks Funeral Home, Phenix City, AL. The family will receive friends from 9:30 AM till 10:15 AM (EST) on Friday at the funeral home.

Mrs. Stewart was born October 16, 1933 in Sunny Side, AL daughter of the late Rev. Wesley Eugene Pope and Una Pope. She was a homemaker who was committed to her family and raising them in a Christian home. Mrs. Stewart was a member of the Church of God where both her dad and brother were ministers. A favorite pastime was watching Alabama Football with her family. We will remember her as a loving and devoted wife and mother.

To leave a condolence, you can first sign into Facebook or fill out the below form with your name and email. [fbl_login_button redirect="https://vancebrooksfuneralhome.net/obituary/doris-stewart/?modal=light-candle" hide_if_logged="" size="medium" type="login_with" show_face="true"]
×