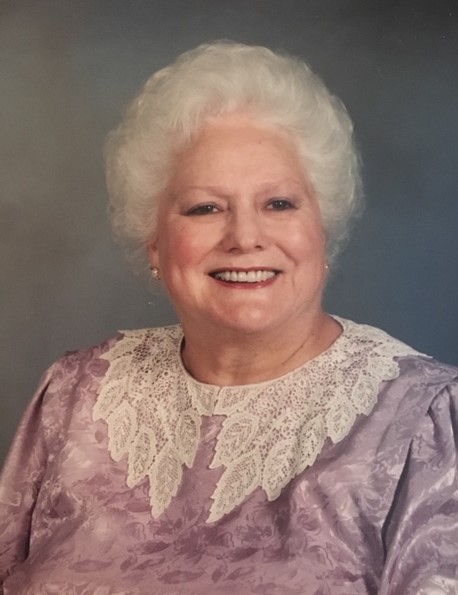 Edna Grant Parker Bush, 92, of Phenix City, AL, and formerly of Millbrook, AL passed away on Monday, September 23, 2019, at her son’s home in Phenix City, AL.

Funeral services will be held 12:00 noon EDT, Thursday, September 26, 2019 at Epworth United Methodist Church with Rev. Grant Parker officiating according to Vance Brooks Funeral Home. Interment will follow at Lakeview Memory Gardens.  The family will receive friends Thursday morning from 10:00 until 12:00 pm EDT at the church.

Mrs. Bush was born August 10, 1927 in Elba, AL, daughter of the late John Grant and Jessie Rachel Dubose Grant.  She was a 1945 graduate of Central High School and later graduated from Columbus College, obtained a Bachelor’s Degree from Auburn University and a Master’s Degree in Library Science from the George Peabody College at Vanderbilt University.  Mrs. Bush was a librarian at the Phenix City Russell County Library for many years.  She later became the Director of Fine Arts at the W. C. Bradley Memorial Library.  After moving to Millbrook, AL, she worked in public libraries in the Montgomery and Prattville area.  Mrs. Bush was a member of the Millbrook Garden Club and also the national Federated Garden Club.  Additionally, she was a member of the Kappa Kappa Iota Sorority, the National League of Pen Women and won several awards for her volunteer hours with the Pink Lady organization.  Mrs. Bush was a member of Epworth UMC and was formerly a long standing member of both First UMC of Phenix City, AL and First UMC of Millbrook, AL.  She was very involved at all three churches and sang in the choir for many years.

Other than her parents, she is preceded in death by two husbands, Perry Lee Parker, Jr. and Charles P. Bush; as well as all of her siblings.

The family would like to extend a special thank you to the staff at Columbus Hospice.  Mrs. Bush's family are grateful to Rose Marrett, who diligently cared not only for her, but cared about her, with compassion and genuine concern.

Online condolences may be shared at www.vancebrooksfuneralhome.net

To leave a condolence, you can first sign into Facebook or fill out the below form with your name and email. [fbl_login_button redirect="https://vancebrooksfuneralhome.net/obituary/edna-parker-bush/?modal=light-candle" hide_if_logged="" size="medium" type="login_with" show_face="true"]
×