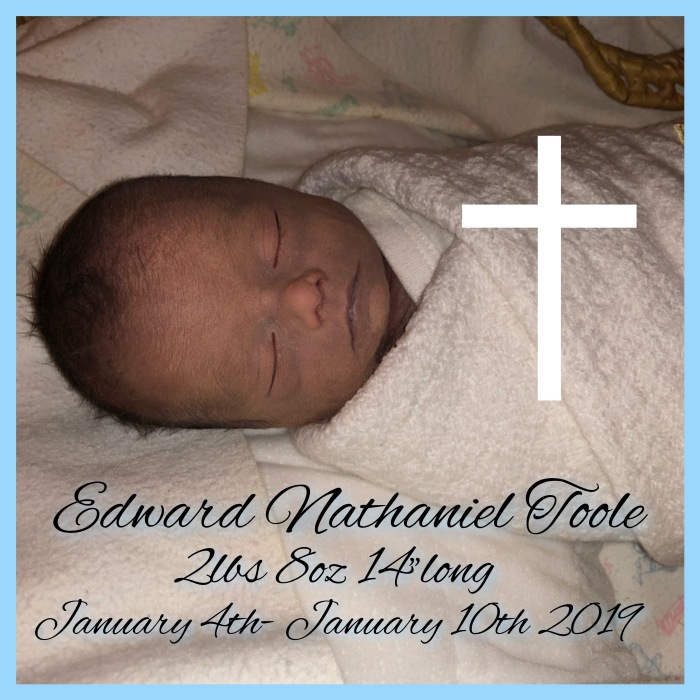 Little Edward Nathaniel Toole passed away on Thursday, January 10, 2019 at Piedmont Regional Medical Center in Columbus, GA.  This beautiful little angel will be missed greatly and will always have a very special place in the hearts of those who shared the precious moments of his life.

To leave a condolence, you can first sign into Facebook or fill out the below form with your name and email. [fbl_login_button redirect="https://vancebrooksfuneralhome.net/obituary/edward-nathaniel-toole/?modal=light-candle" hide_if_logged="" size="medium" type="login_with" show_face="true"]
×