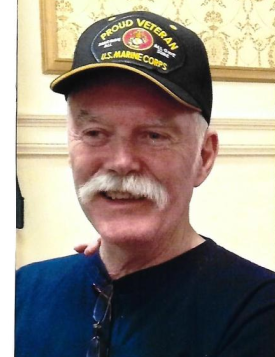 Graveside services with Military Honors will be held at 1:30 pm EDT on Friday, September 29, 2017 at Fort Mitchell National Cemetery with Rev. Mike Koger officiating.  The family will receive friends at the graveside service on Friday.  Everyone who would like to attend is encouraged to meet at Vance Memorial Chapel in Phenix City by 12:45 pm EDT on Friday to leave in procession.

Mr. Ogletree was born July 29, 1946 in Columbus, GA to the late Emmett Willard Ogletree, Sr. and Julia Mae Lockhart Ogletree.  He was retired with the Civil Service and served our country proudly as a Veteran of the United States Marine Corps, he also served in the United States Army Reserves and the United States Air Force Reserves.  He enjoyed bicycling, and he was a member of Crawford United Methodist Church in the Crawford community.

To leave a condolence, you can first sign into Facebook or fill out the below form with your name and email. [fbl_login_button redirect="https://vancebrooksfuneralhome.net/obituary/emmett-willard-ogletree-jr/?modal=light-candle" hide_if_logged="" size="medium" type="login_with" show_face="true"]
×