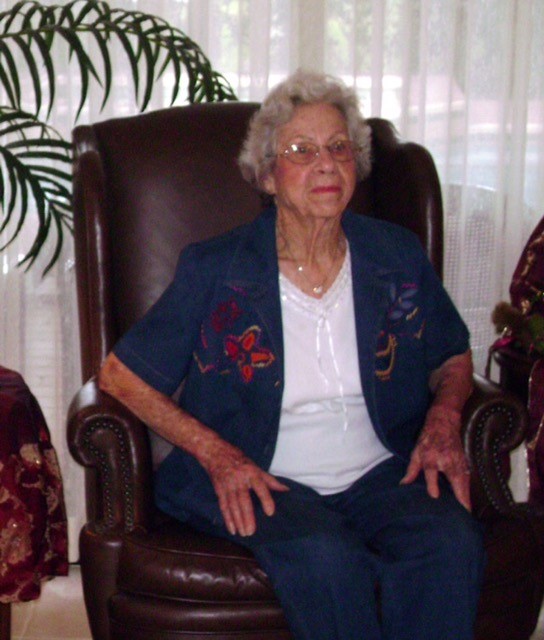 Mrs. Stough was born on October 17, 1923 in Highland Home, AL to the late Grover and Ella Wright.  She had many gifts, one of which was growing beautiful house plants.

With her gentle hands and giving heart, she devoted her life to taking care of the ones in her life who meant the most, her family.  She will be greatly missed and will always have a special place in their hearts.

Other than her parents, Mrs. Stough is preceded in death by her husband of 61 years, Allen Stough, Jr., daughter, Linda Stough, and eight siblings.

To leave a condolence, you can first sign into Facebook or fill out the below form with your name and email. [fbl_login_button redirect="https://vancebrooksfuneralhome.net/obituary/erdine-stough/?modal=light-candle" hide_if_logged="" size="medium" type="login_with" show_face="true"]
×