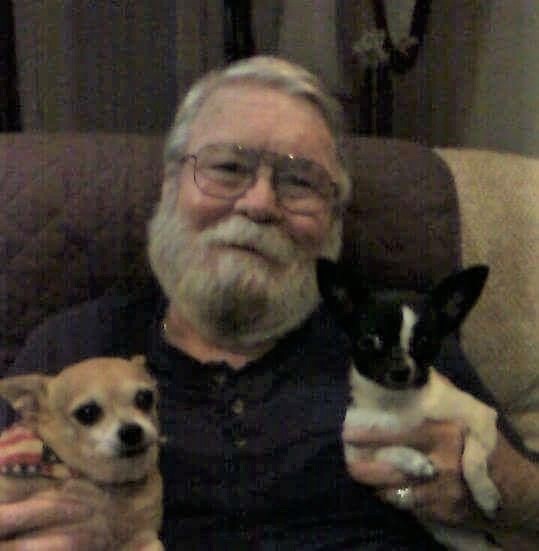 Eugene Hilliary Williams, 76, of Smiths Station, Alabama, passed away peacefully at the Bethany House in Auburn, Alabama while surrounded by his loving family.
Funeral Services will be held at 2:00 PM EST on Sunday, January 15, 2023 in the Chapel of Vance Brooks Funeral Home 3738 U.S. Highway 431 North Phenix City, AL with Dr. David Kees officiating. The family will receive friends one hour prior to the service at the funeral home. A private interment will be held at a later date.
Mr. Williams was born in Columbus, Georgia, the son of the late Billy Williams and Willie Mae Wells Williams. After high school, Mr. Williams proudly served his country in the United States Navy. He later served as the Ticket Master at Lawson Army Airfield at Ft. Benning, Georgia until his retirement. In his younger years, he enjoyed playing golf and also watching it on television. He spent a lot of time perfecting his card game with his friends. Gene also enjoyed watching western movies and sports on the television. He was well known as a “jokester” and many fell victim to his pranks. Above all, he loved spending time with his family and beloved pet “Scootie.”
In addition to his parents, Mr. Williams was preceded in death by his sisters Patricia Barrentine and Diane Jones.
Left to cherish his memory are his daughters Tammy Newman and husband Cliff of Wesson MS and Kelly Williams of Smiths Station, AL; sister Becky Willoughby and husband Norman of Fortson, GA; grandchildren Taylor Burke and husband Konner of Ruth, MS and Reagan Newman of Wesson, MS; great granddaughter Emmerson Burke; special friend Patsy Arwood and nieces Anna Sherry, Kristie Goodroe, Jennifer Brinson and Angela Carpenter.
In lieu of flowers, the family is requesting contributions be made to PAWS Humane society 4900 Milgen Road Columbus, GA 31907.

To leave a condolence, you can first sign into Facebook or fill out the below form with your name and email. [fbl_login_button redirect="https://vancebrooksfuneralhome.net/obituary/eugene-h-williams/?modal=light-candle" hide_if_logged="" size="medium" type="login_with" show_face="true"]
×