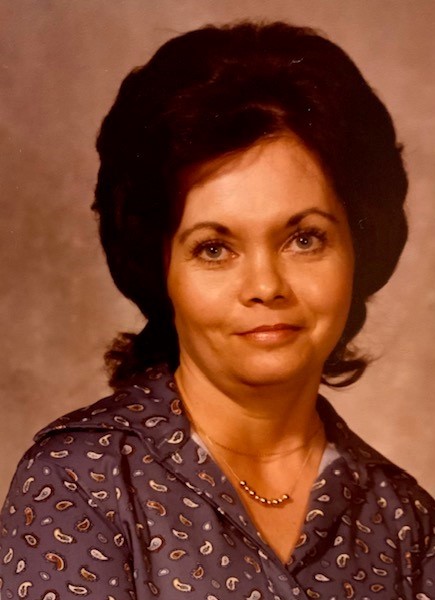 Faye Cox Chapman, 78, of Phenix City, Alabama, went to be with her Lord on Thursday, December 29, 2022, at Phenix City Health Care.
Funeral Services will be held at 11:00 AM EST on Saturday, December 31, 2022, in the Chapel of Vance Brooks Funeral Home with Reverend Ricky Ward officiating. The family will receive friends one hour prior to the service at the funeral home.
Mrs. Chapman was born in Columbus, Georgia, the daughter of the late Clarence Cox and Annie Pearl Hill Cox. She remained in the Phenix City area her entire life working for many years as a Finisher at Fieldcrest Mill. Mrs. Chapman was an avid Alabama Crimson Tide Football fan and rarely missed an opportunity to see a game. She also enjoyed traveling, especially to Panama City Beach with her children and grandchildren. Mrs. Chapman enjoyed reading, cooking, and watching her soap operas. She attended the Broad Street Church of Christ for nearly 70 years. Above all, she enjoyed the time she was able to spend with her family, especially her grandchildren.
In addition to her parents, Mrs. Chapman was preceded in death by her husband Arlis Byron Chapman; son Christopher Chapman, Sr.; and brothers William Cox, Jimmy Cox and Clarence “Buster” Cox.
Those left to cherish her memory is one daughter Donya Gallman and husband Tim of Phenix City, AL; sons Byron Dodd Chapman and wife Lisa of Phenix City, AL, Clarence Chapman, Jr. of Columbus, GA and Cyric Chapman and wife Dani of Phenix City, AL; sisters Anne Jones of Phenix City, AL and her twin sister Kay Hutson of Columbus, GA; brother in law Tony Chapman and his wife Michele of Austelle, GA; grandchildren River Chapman Trace Gallman, Miley Gallman, Matthew Price and Emily Woyke (Steven) and great grandchildren Jacob Chapman and Ariana Chapman.

To leave a condolence, you can first sign into Facebook or fill out the below form with your name and email. [fbl_login_button redirect="https://vancebrooksfuneralhome.net/obituary/faye-cox-chapman/?modal=light-candle" hide_if_logged="" size="medium" type="login_with" show_face="true"]
×