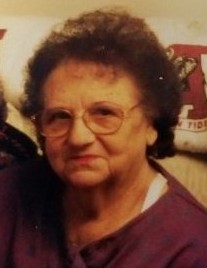 Funeral services will be held 3:00 pm EST Thursday, January 25, 2018 at Vance Memorial Chapel in Phenix City.  Interment will follow at Lakeview Memory Gardens.  The family will receive friends on Thursday one hour prior to the service at the funeral home.

Mrs. Starling was born January 28, 1923 in Phenix City, AL to the late Doug Howard, Sr., and Florence Hearn Howard.  She was retired as an inspector for Jordan Mills in Columbus, GA.  Mrs. Starling enjoyed a simple life; she was a dedicated homemaker whom loved cooking and being a mother and sharing quality time with her family.  She was a Baptist by faith.  Other than her parents, she was preceded in death by her husband of 73 years, James Edward Starling, brother, Doug Howard, Jr., sisters, Ruth Burdeshaw, Rebecca Ann Windsor, Mary Howard, Betty Murphy, and Linda Hovey.

To leave a condolence, you can first sign into Facebook or fill out the below form with your name and email. [fbl_login_button redirect="https://vancebrooksfuneralhome.net/obituary/florence-ladell-dell-starling/?modal=light-candle" hide_if_logged="" size="medium" type="login_with" show_face="true"]
×