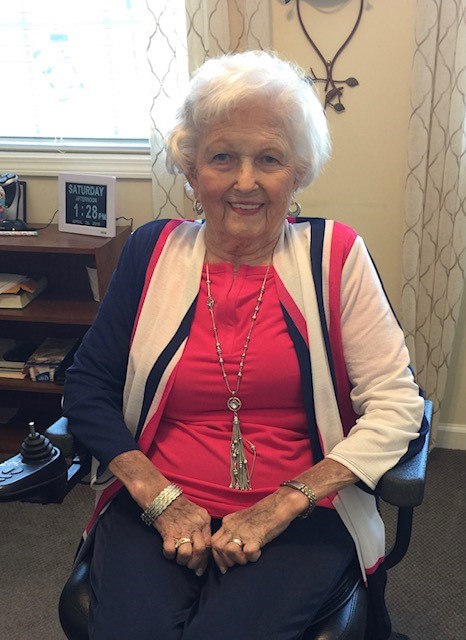 Funeral services will be held  at 11:00 AM on Friday, May 31, 2019 at Smiths Station Baptist Church with the Dr. David Kees officiating according to Vance Brooks Funeral Home, Phenix City, AL.  Interment will follow at Lakeview Memory Gardens.

The family will receive friends on Friday from 10:00 AM until the funeral hour at the church.

She was loved by two caring nephews: Lamar Allen of Silver Springs, Maryland and Mike Harp of Smiths Station and longtime caregiver, Penny Newman of Tallassee, Al. Numerous nieces and nephews are among her other survivors.

She worked as a medical assistant for many years and was active in the Muscogee County Chapter of Medical Assistants and served in many capacities.  She was also active in the state association and served as president of the Georgia State Association of Medical Assistants.   She was active in the PTA where she served a term as President.  Faye taught adult Sunday School most of her adult life and even formed a Sunday School class at the assisted living as long as she was able to teach.  Last April, she was crowned “Mrs. Antebellum”.

Travelling was her passion and she visited numerous countries throughout Europe and the Middle East.  She loved snow and requested it for her 80th birthday.  Her prayers were answered when she and her immediate family were snowed in at Snowshoe, West VA.

She managed to use her hobbies to help others, sewing items for her church, dresses for girls in Africa, and hats for cancer patients.

She truly led a life of faith and service to others.

To leave a condolence, you can first sign into Facebook or fill out the below form with your name and email. [fbl_login_button redirect="https://vancebrooksfuneralhome.net/obituary/frances-faye-carden/?modal=light-candle" hide_if_logged="" size="medium" type="login_with" show_face="true"]
×