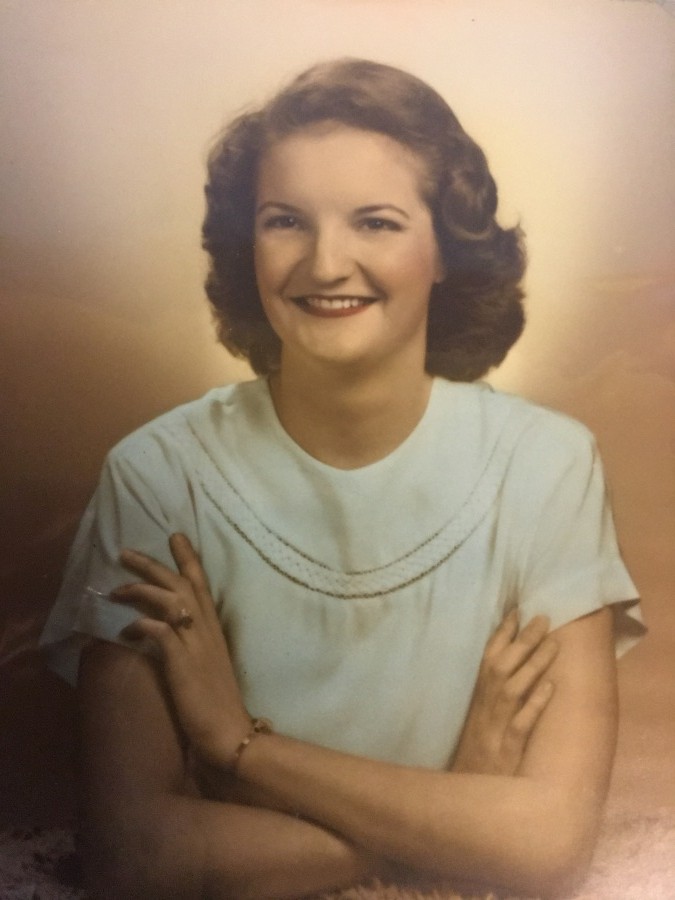 The first daughter of Hugo and Essie Mae Brandt, Frances was born, October 24, 1930, and raised in Columbus and graduated from Columbus High School.  She worked for a time as Church Secretary at Trinity Episcopal Church before meeting her future husband, Lt. Charles Paul Crofford, Jr.  They were later wed at Trinity Episcopal Church on June 25, 1955.  Frances accompanied her new husband as he fulfilled his commitment to his country and she gave birth to her first son, Keith, at Fort Dix (New Jersey) Army Hospital in April, 1956.  After Lt. Crofford’s honorable discharge from the United States Army, Frances, Paul, and their young son had a series of short stays in Athens, Augusta, Columbus, Savannah, and New Orleans.  They finally settled for an extended time in Tuscaloosa, Alabama where Frances gave birth to her second son, Kenneth, in December 1964. The family returned permanently to Columbus in 1970.

A whiz with numbers and all things accounting, Frances worked for many years as Office Manager and Bookkeeper at Brookbank, Murphy, & Shields Architects. She served as Treasurer of the Woman’s Club of Columbus and was a dependable volunteer at the Springer Opera House for years. Her greatest joy, however, came from her time with family. Her sisters, her many first cousins in Columbus, and of course her children, grandchildren, and nieces were all very special to her. She loved to play bridge and various other games with family and friends as well as watch Atlanta Braves baseball and Turner Classic Movies on television.

She was preceded in death by Paul Crofford, her beloved husband of thirty-one years and by her devoted, selfless sister, Elinor (Punt) Winn.  She is survived by sister, Judith Watson, and husband,  Bill of Winston-Salem, North Carolina; son, Keith Brandt Crofford, and wife, Jan of Decatur, Georgia; and son, Kenneth Charles Crofford, and wife, Joelle of Ailey, Georgia. Her five grandchildren, Corinne, Paul, John, Jacob, and Trinity will miss her greatly, as will everyone whose path she crossed.

To leave a condolence, you can first sign into Facebook or fill out the below form with your name and email. [fbl_login_button redirect="https://vancebrooksfuneralhome.net/obituary/frances-helen-brandt-crofford/?modal=light-candle" hide_if_logged="" size="medium" type="login_with" show_face="true"]
×