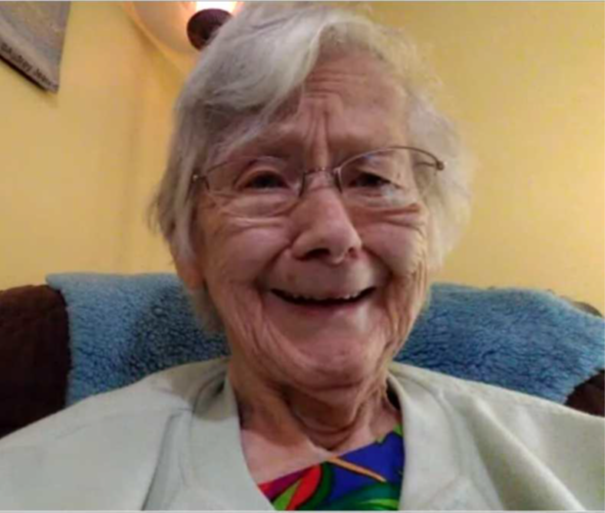 Gladys passed away peacefully in Phenix City, Alabama, at the home of her daughter, Sandra and son-in-law Richard Sharbaugh, where Gladys had been living for the past 2-1/2 years.

Gladys Lovell Sandefur, the daughter of Emma Gross & Oscar Lovell, was born and raised in Phillips, Wisconsin. She was named for two of her aunts, Gladys Marie Lovell and Marie Gross. Gladys attended elementary and three years of high school in Phillips. The Lovell family then moved to Sturgeon Bay, Wisconsin, where Gladys finished her senior year and graduated in 1943 from Sturgeon Bay High School.

After graduation Gladys worked at Miller’s Clothing House near the Salvation Army Red Shield Club in Sturgeon Bay. On her lunch break Gladys would often go to the Club and shoot pool, and on one such occasion she met a young sailor – Herschel Myron Sandefur – who had come from Louisiana to help sail a new ship for the Navy from the Sturgeon Bay shipyards to New Orleans. Gladys and Herschel married in October 1944 at the Salvation Army Red Shield Club. Gladys then moved to Bunkie, Louisiana, and lived with Herschel’s mother, Ludie Nugent Sandefur, while he served time with the Navy in the Mediterranean and the Pacific during WWII. While in Bunkie, their daughter Sandra Lee Sandefur was born.

While her three children were in school, Gladys actively participated in church, school and community affairs, which included P.T.A. Elementary School Room Mother, High School Band Parent’s Club Secretary and City of Natchitoches Recreation Committee member. She gave demonstrations on handicraft articles for park and playground employees and served as Cub Scout Den Mother for four years. She was employed for eighteen years as secretary and hostess at Natchitoches First United Methodist Church where she and Herschel were members. She served on several boards and committees of the church and was an active member of the United Methodist Women where she served as President and held other offices. In 1959 she was presented with a Life Membership in the Parent Teacher’s Association by Principal M.R. Weaver of East Natchitoches (now M.R. Weaver) Elementary School ‘for her outstanding work during 1958-59’. In May of 1960 she was named the recipient of the Young Woman of The Year Award by the Les Amis Sorority of Natchitoches.

A few years later they followed Herschel and Barbara back to Louisiana, living in Monroe briefly before moving to Fayetteville, Arkansas in 1992, where Gladys became involved in Trinity United Methodist Church. Gladys was known for her love of life and games and her domination of dominoes, especially Mexican Train Dominoes.

When her husband of 66 years died in 2010, he was buried in the Fayetteville National Cemetery. Gladys continued to live in Fayetteville until January 2018 when she moved to Columbus, Georgia, initially living in Morningside Assisted Living Community before moving across the river to live with her daughter Sandra & Richard Sharbaugh in Phenix City, Alabama.

Gladys will be joining her husband Herschel at the National Cemetery in Fayetteville with her ashes being interred with a family memorial service at a time yet determined. 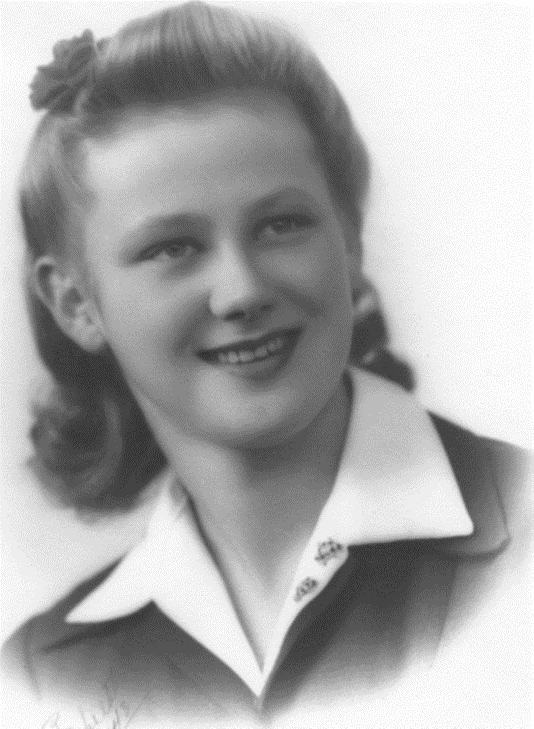 To leave a condolence, you can first sign into Facebook or fill out the below form with your name and email. [fbl_login_button redirect="https://vancebrooksfuneralhome.net/obituary/gladys-lovell-sandefur/?modal=light-candle" hide_if_logged="" size="medium" type="login_with" show_face="true"]
×