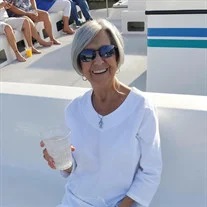 Gloria Ann Howard Turner was born in Plains, Georgia on January 31, 1941 to James Mack Howard and Dealva Simmons Howard. Gloria stepped into Heaven on June 30, 2020 at 7:00am with her family by her side.

In the early part of Gloria’s life, she spent her time enjoying life on the farm! A country girl who loved to tan in the sun and get the most out of life. She attended Thompson School and later Plains High School, graduating with the class of 1958. She received several superlative recognitions, numerous beauty pageant accomplishments, and displaying her great athletic ability on the basketball court, she set the pace for a great work ethic all throughout her life. She spent two years preparing at Marsh Business College in Atlanta, Georgia and worked a combined 35 plus years for the educational system with both the Sumter County Board of Education as well as the School of Nursing at Georgia Southwestern State University. The role of a single Mom was her greatest accomplishment! Raising three children and working many early mornings and late nights to support them, she remained constant during the most important times in her life. Gloria retired to Clearwater, Florida after caring for her mother, Dealva S. Howard, until her death. Clearwater proved to be one of the best seasons of her life in that she was finally able to be free to enjoy some of the good things in life that she had worked so hard to attain. She ran her race at her pace all the way to the end! Positive energy and beautiful free spirit, Gloria was loved by so many.

Honoring her life and cherishing her memory, Gloria is survived by Michael Scott Turner, Patrick Ted Turner and wife, Jennifer, Sheri Michelle Turner Mays and her husband, Mike Mays. As with all grandparents, she is dearly loved by her grandchildren; Bryan Keith Mays, Madisyn Ann Mays, Abigail Rose Turner, and Lily Katelyn Turner.

To leave a condolence, you can first sign into Facebook or fill out the below form with your name and email. [fbl_login_button redirect="https://vancebrooksfuneralhome.net/obituary/gloria-ann-turner/?modal=light-candle" hide_if_logged="" size="medium" type="login_with" show_face="true"]
×