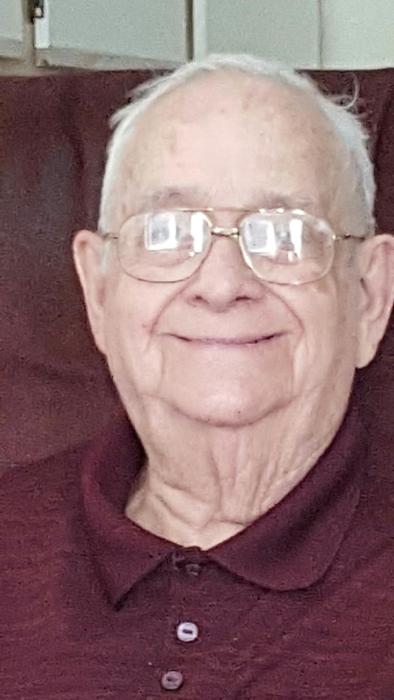 Gordon was born September 25, 1926 in Richland, GA, to the late Raz Lee Christian and Belle Jones Christian.  Gordon was a member of First Baptist Church of Robinson in Robinson, TX.  He graduated high school in 1943 from Jordan High School. There at Jordan, he was Captain of ROTC.  He proudly served his country in the United States Army and was a WWII Veteran. Gordon retired after thirty-six years with the Civil Service Field Printing Plant.  He also was employed with Standard Printing Company for twelve years.  Gordon was Post Commander for the American Legion, Post 135 in Phenix City, AL and a member of the 40 – 8 Club. He was a loving father, husband, grandfather and great grandfather. Gordon was a very kind, giving and honorable man. He will forever be missed.

Other than his parents, Gordon is predeceased by his loving wife of 49 years, Dorothy Mae Christian; sister, Elizabeth Hicks and grandson, Chris Brown.

To leave a condolence, you can first sign into Facebook or fill out the below form with your name and email. [fbl_login_button redirect="https://vancebrooksfuneralhome.net/obituary/gordon-jones-christian/?modal=light-candle" hide_if_logged="" size="medium" type="login_with" show_face="true"]
×