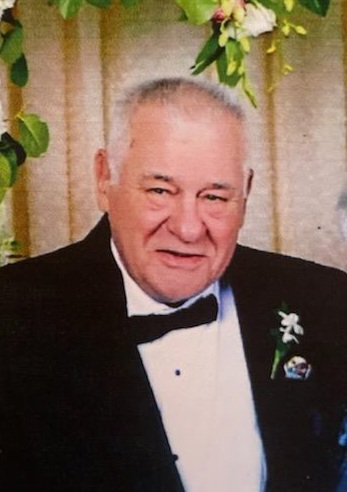 GySgt (Ret) Eugene F. Coutu, passed away Wednesday, November 24, 2021, at Spring Harbor Assisted Living in Columbus, GA.
A mass will be held at 10:30 AM Tuesday, December 21, 2021, at The Infantry Center Chapel Ft. Benning, GA. Inurnment with military honors will follow at Ft. Benning Main Post Cemetery, according to Vance Brooks Funeral Home, 4048 Macon Road Columbus, GA.
Mr. Coutu was born June 23, 1934, in Woonsocket, RI to the late Eugene Coutu and Jeanne Badeau Coutu. He retired as a GySgt in the U.S. Marine Corps serving over 22 years during which he served in Korea and Vietnam. After his military service he worked with Proctor and Gamble where he also retired. Mr. Coutu was a member of St. Teresa’s Catholic Church in Albany, GA. He was a Fourth Degree Knight with the Knights of Columbus and did a lot of volunteer work with Meals on Wheels and helped to build ramps for the handicap.
Mr. Coutu was preceded in death by his parents and siblings, Paul Coutu, Jacqueline Roy, and Ronnie Coutu.
Survivors include his wife of over 66 years, Dorothy Lamontagne Coutu, sons, Ron Coutu (Carol) of Lawrenceville, GA, Ken Coutu (Pam) of Columbus, GA, Mike Coutu (Laura) of Albany, GA, and Chris Coutu (Melody) of Pensacola, FL, a sister, Claire Densmore of Woonsocket, RI, grandchildren, Matthew Coutu (Elizabeth), Angela Springer (Robert), Brandon Coutu (Taylor), Jeremy Coutu (Betsy), Michael Coutu, and Johnathan Coutu, and 11 great grandchildren, Mathis and Colin Coutu, Ruthie and Rob Springer, Jackson, Georgia Kate and Penny Rose Coutu, Aiden, Carter and Harrison Coutu, and Kayden Sapp. He also leaves many other family members and friends who will sadly miss him.
The family requests donations be made to St. Jude Children’s Research Hospital or American Diabetes Association.
Anyone wishing to leave condolences for the family, share memories or sign the online guestbook you may do so at www.vancebrooksfuneralhome.net.

To leave a condolence, you can first sign into Facebook or fill out the below form with your name and email. [fbl_login_button redirect="https://vancebrooksfuneralhome.net/obituary/gysgt-ret-eugene-f-coutu/?modal=light-candle" hide_if_logged="" size="medium" type="login_with" show_face="true"]
×