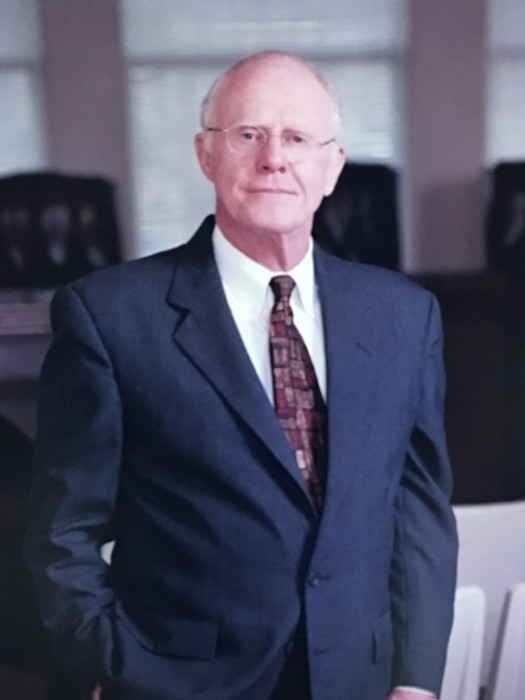 Mr. Ennis was born March 29, 1931 in Columbus, GA, son of the late Henry S. Ennis and Madie Lassiter Ennis.  He graduated from Smiths Station High School in 1949.  After graduation, Mr. Ennis joined the United States Air Force and served from 1949 to 1953.  He received an honorable discharge after serving in Okinawa during the Korean Conflict, as a member of the B-29 ground flight crew.  Mr. Ennis attended and graduated from the Alabama Polytechnic Institute in 1959 receiving a BS degree in Civil Engineering.  He was in the last class before the institution changed its name to Auburn University.  Mr. Ennis was the Lee County Engineer from 1974 until 1996.  He was elected to the Lee County School Board in 1982 and served the community for 20 years in that capacity.  In 2000 he was elected to the Lee County Commission, representing District 3, where he served for 8 years.  Mr. Ennis retired after 34 years of dedicated service to Lee County.  He also served as the Russell County Engineer from 1999 to 2000, in 2005 and finally from 2007 to 2008.  Mr. Ennis was recognized by the Lee County Commission with a Resolution in 2008 for his many accomplishments in service to Lee County through his innovative road and bridge maintenance, efficiencies and his long time support for education.  He was also a member of Philadelphia Baptist Church, where he was a Sunday School Teacher.

Other than his parents, he was preceded in death his wife of 60 years, Barbara Stone Ennis.

The family would like to thank everyone for their prayers and extend a special thank you to his caregivers Johnnie Mae Morgan, Frances Cook, Patricia Johnson, Janice Wimberly and Ronnie Sports.

To leave a condolence, you can first sign into Facebook or fill out the below form with your name and email. [fbl_login_button redirect="https://vancebrooksfuneralhome.net/obituary/harry-b-ennis/?modal=light-candle" hide_if_logged="" size="medium" type="login_with" show_face="true"]
×