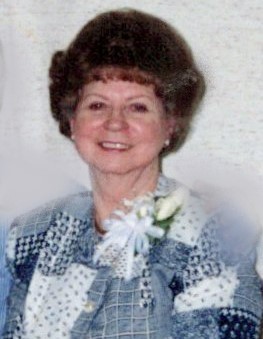 Hazel Etheridge Willis, age 94, resident of Phenix City, Alabama, passed away on Wednesday, June 17, 2020 at her residence.  Graveside services are scheduled at Fort Mitchell National Cemetery on Monday, June 22, 2020, 2 p.m.  according to Vance Brooks Funeral Home, 3738 US Hwy 431N, Phenix City, Alabama.  The family will receive friends at the funeral home on Sunday, June 21, 2020 from 3-5 p.m.

Mrs. Willis, daughter of the late Ammie Gilliam Etheridge and Myrtice Sands Etheridge, was born November 22, 1925 in Columbus, Georgia.  She was retired from civil service at Fort Benning where she served as a Systems Analyst and Computer Programmer.  Mrs. Willis was Baptist by faith and enjoyed spending time with her daughter and grandchildren.

Other than her parents, she was preceded in death by her husband of 60 years, Ben Holbrook Willis, II.; grandchildren, Brian Keith Henry and Donald Benjamin Barron; and sisters, Christene Wright, Earnestine Etheridge, Geraldine McGregor .  She is survived by her daughter, Stephanie Willis Spedding of Phenix City; grandchildren, Neil Barron and Shane Spedding, both of Phenix City; cousin, Weleeta Wright Vasilere and family of Smiths Station, Alabama; many other relatives and friends.

To leave a condolence, you can first sign into Facebook or fill out the below form with your name and email. [fbl_login_button redirect="https://vancebrooksfuneralhome.net/obituary/hazel-etheridge-willis/?modal=light-candle" hide_if_logged="" size="medium" type="login_with" show_face="true"]
×