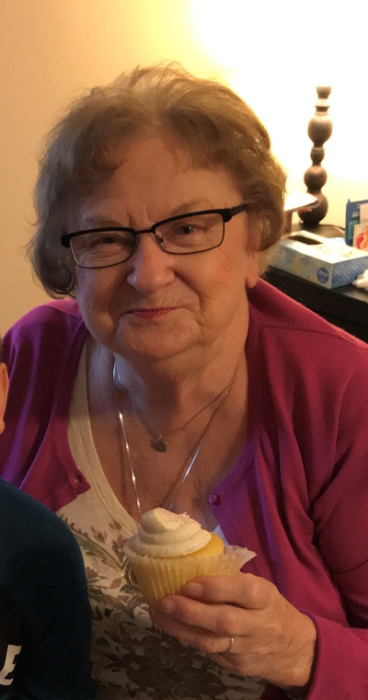 A beloved wife and mother, Helga Harp, formerly of Columbus, GA passed away at age 82 in Bellevue, WA on February 16, 2019.  She was born in Pritzwalk, Germany on February 2, 1937 and met her husband, Frank Riley Harp, Jr. (deceased in 2015), while he was stationed in Germany with the Army.  She later immigrated to the U.S. where they married in Columbus on July 13, 1962.  “Helgie” was the love of Frank’s life for 53 years.

Helga worked for many years as a sales design consultant for a major department store and later for a local family owned home furnishings business.  She will be forever missed by everyone that she touched & will be remembered for being a spirited, happy, fun loving person until the end.  She loved to laugh and spread her unique sense of humor to everyone she encountered.  It was rare to see her without a smile on her face.  Helga was always extremely concerned about her appearance, never going out in public without a thoughtfully considered outfit and her hair and makeup in place.  Her careful attention to these details drove her family nuts, because she was never on time to go anywhere!  Helga also had a notorious sweet tooth.  One of her greatest joys was when Frank brought home a box of fresh donuts – or donuties, as she called them.

In lieu of flowers, please consider making a donation in her honor to your local Humane Society.

To leave a condolence, you can first sign into Facebook or fill out the below form with your name and email. [fbl_login_button redirect="https://vancebrooksfuneralhome.net/obituary/helga-hildegard-reiner-harp/?modal=light-candle" hide_if_logged="" size="medium" type="login_with" show_face="true"]
×