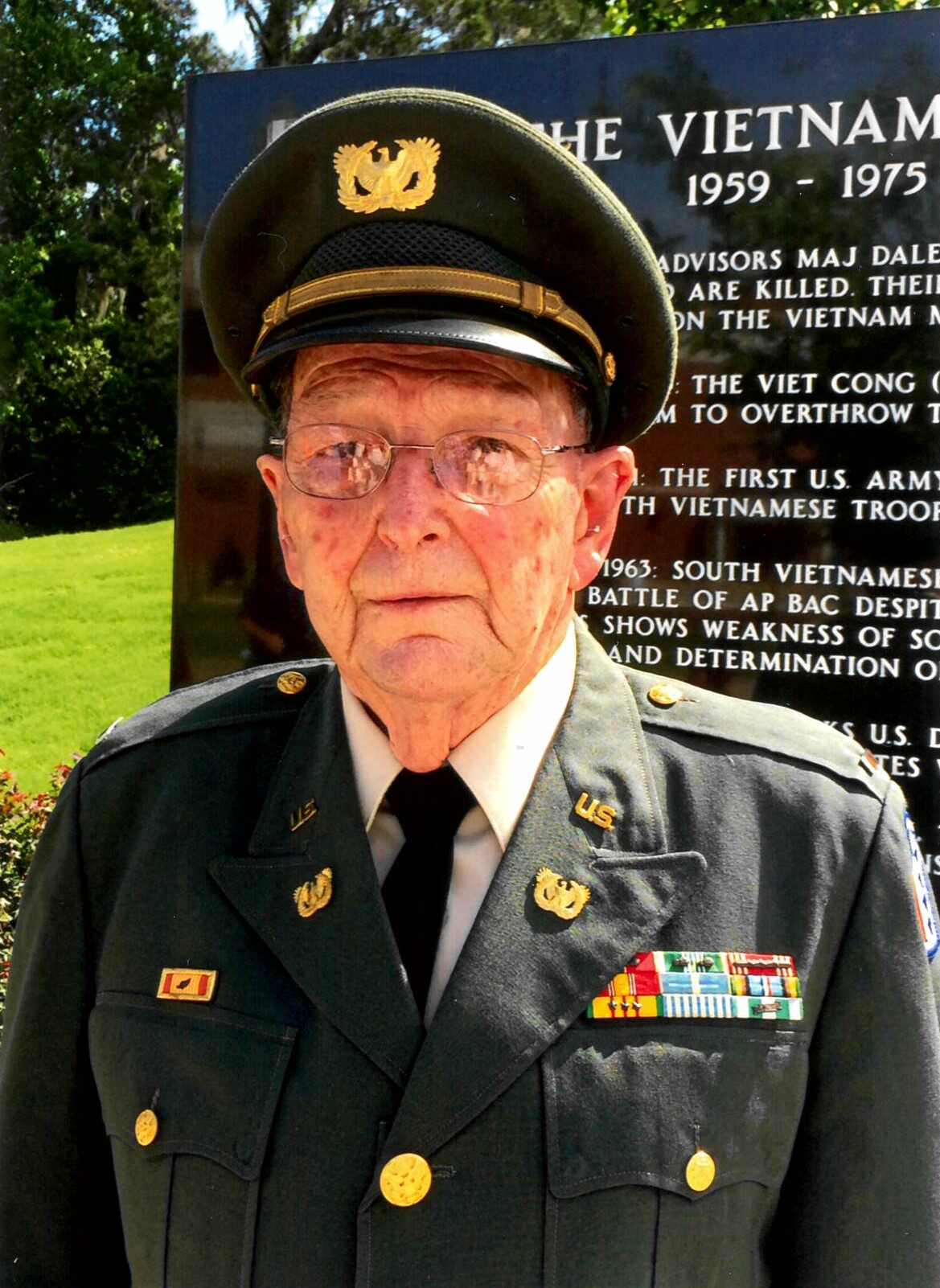 All Times are Eastern Std. Time.

CWO-3 (Ret) Howard O. Griggs, 90, of Phenix City, AL stepped through Heavens Gates while at his daughter’s residence on Friday, June 11, 2021, with his family by his side.
Funeral Services will be held at 11:00 AM (EST) on Tuesday, June 15, 2021, in the Chapel of Vance Brooks Funeral Home, Phenix City, AL with Rev. Marvin Minton officiating. Private committal services with U. S. Army Honors will follow in Ft. Mitchell National Cemetery. The family will receive friends from one hour prior to the service at the funeral home.

Mr. Griggs was born June 19, 1930, in Phenix City, AL son of the late Bernard Griggs and Evangeline Cox Griggs. He served in the U. S. Army during both the Korean and Vietnam Wars, retiring after 22 years of faithful service. A man of strong Christian faith, he was an active member of Crawford Road Baptist Church and a co-founder of the Russell Co. Gideons. His love of God and Country were not just words, he lived this out daily both in private and in public life. After his military career he earned his Masters of ED, teaching at Carver High School for many years. Here he was a positive influence on countless students and staff over his teaching career.
Mr. Griggs was preceded in death by his parents, two sisters, Peggy Gilbert and Jean Johnson; a son, Howard O. Griggs, Jr. and a granddaughter, April Michele Lee.
Survivors include his faithful and devoted wife of 70 years, Jacqueline “Jackie” Bullock Griggs, Phenix City, AL; two children, son, Richard Griggs (Tammy), Laurel Hills, FL and daughter, Robin Huckaby (Cleven), Smiths Station, AL; three sisters, Paula Edwards, Joyce Greer and Evangeline Thornton all of Phenix City, AL; two brothers, Ray Griggs, Seale, AL and Floyd Griggs, Warner Robins, GA; eight grandchildren, Clayton Huckaby, Smiths Station, AL, Ashley Phelps, Phenix, AL, David Alan Griggs and Allicia Griggs both of Laurel Hills, FL, Tamra Walker, Birmingham, AL, David Griggs, Danny Washburn and Julie Griggs all of Phenix City, AL; four great-grandchildren, Cameron Lee, Jackie Griggs, Dylan Walker and Chrislyn Walker; many loved nieces, nephews and close friends.
In lieu of flowers the family requests donations be made in his memory to Gideons International, www.gideons.org or St. Jude’s Children’s Hospital, www.stjude.org.

To leave a condolence, you can first sign into Facebook or fill out the below form with your name and email. [fbl_login_button redirect="https://vancebrooksfuneralhome.net/obituary/howard-oneal-griggs/?modal=light-candle" hide_if_logged="" size="medium" type="login_with" show_face="true"]
×

All Times are Eastern Std. Time.