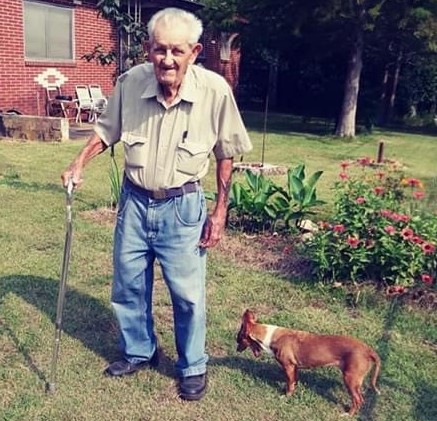 Howard Poppell, 93, of Phenix City, AL died at his residence on Tuesday, December 28, 2021 with his family by his side.
A private memorial will be held at a later date at Ft. Mitchell National Cemetery according to Vance Brooks Funeral Home, Phenix City, AL.
Mr. Poppell was born September 08, 1928 in Havana, FL son of the late Jordan Poppell and Mary Frances Posten Poppell. He had retired from the U. S. Army after 20 years of dedicated service where he earned numerous commendations and medals. Mr. Poppell loved to be outdoors working and just enjoying the day. He had a soft side not many knew about, he loved animals, never turning away a stray. We will miss him in our daily routine, but we have fond memories that are cherished in our hearts.
Mr. Poppell was preceded in death by his parents, his wife, Margie Schneider Poppell; and one brother, Jewel Poppell.
Survivors include his daughter, Lola Hooper (William “Robert”), Phenix City, AL; two sisters, Willie Mae Sasser and Martha Nell Pearce both of Havana, FL; ten grandchildren and six great-grandchildren; several nieces, nephews and friends.

To leave a condolence, you can first sign into Facebook or fill out the below form with your name and email. [fbl_login_button redirect="https://vancebrooksfuneralhome.net/obituary/howard-poppell/?modal=light-candle" hide_if_logged="" size="medium" type="login_with" show_face="true"]
×