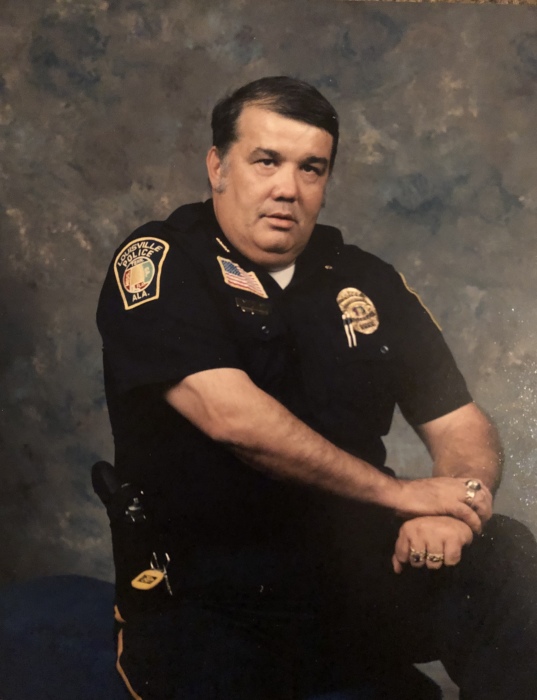 Jack Bernard Frost, Jr., 71, of Seale, AL passed away Friday evening, March 1, 2019 in the comfort of his home in Seale while surrounded by his loving family.

A celebration of life funeral service will be held 1:00 pm EST on Thursday, March 7, 2019 at Vance Brooks Funeral Home in Phenix City with Chaplain Dean Knipe officiating.  Interment with full Military Honors will follow at Ft. Mitchell National Cemetery.  The family will receive friends Wednesday evening from 6:00 to 8:00 pm EST at the funeral home in Phenix City.

Mr. Frost was born July 23, 1947 in Amherst, NY, son of the late Jack Bernard Frost, Sr. and Dora Jean Seacrest.  He served our country proudly and was retired from the United States Army with 23 years of service serving during the Vietnam War.  He was the recipient of many accommodations, medals, and ribbons including multiple purple hearts.  After his career in the Army, he went on to serve as a peace officer in several areas in Texas and Alabama and was the Police Chief of the Louisville Police Department in Alabama.  He was a member of the Alabama Police Officer’s Association, and the American Legion.  He enjoyed reading, art painting, collecting old model cars, and spending time in the outdoors.  Jack loved serving the public and he was blessed by the many friendships he made in all the communities he represented.  He was a Baptist by faith.  Other than his parents, he was preceded in death by his brother, Billy Frost.

He is survived by his loving and devoted wife of almost 33 years, Mary Alice Powell Frost, her son Jerry Wayne Sowell and his two daughters Coraleigh and Hailee, her son Steven Sowell and his wife Jennifer and their three children Austin, Hunter, and Chloe, their Daughter Ashley and her husband Kenneth Flud who are expecting their first child. Jack is also survived by his daughter Dawn, and sons Carl and Jack III and many grandchildren from a previous marriage; numerous other extended loving family members, his many brothers and sisters of first responders, law enforcement, and our Untied States Armed Forces, and a host of many caring friends.

To leave a condolence, you can first sign into Facebook or fill out the below form with your name and email. [fbl_login_button redirect="https://vancebrooksfuneralhome.net/obituary/jack-bernard-frost-jr/?modal=light-candle" hide_if_logged="" size="medium" type="login_with" show_face="true"]
×