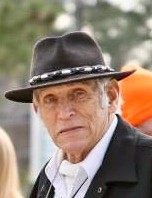 Mr. Green was born September 7, 1936 in Bolivar, NY and was the ninth child of the late William David and Alma Green.

Mr. Green retired from the U.S. Army in 1977 as a Command Sergeant Major and had been appointed as a commissioned officer in the U.S. Army Reserves at the direction of the President of the United States.  Later, in 1998, he again retired from his position as purchasing manager for Callaway Chemical Company, Exxon and Vulcan Material Company.

Other than his parents, Mr. Green is predeceased by 10 siblings and many other relatives and friends.

To leave a condolence, you can first sign into Facebook or fill out the below form with your name and email. [fbl_login_button redirect="https://vancebrooksfuneralhome.net/obituary/jack-lyman-green-sr-csm-u-s-army-ret/?modal=light-candle" hide_if_logged="" size="medium" type="login_with" show_face="true"]
×