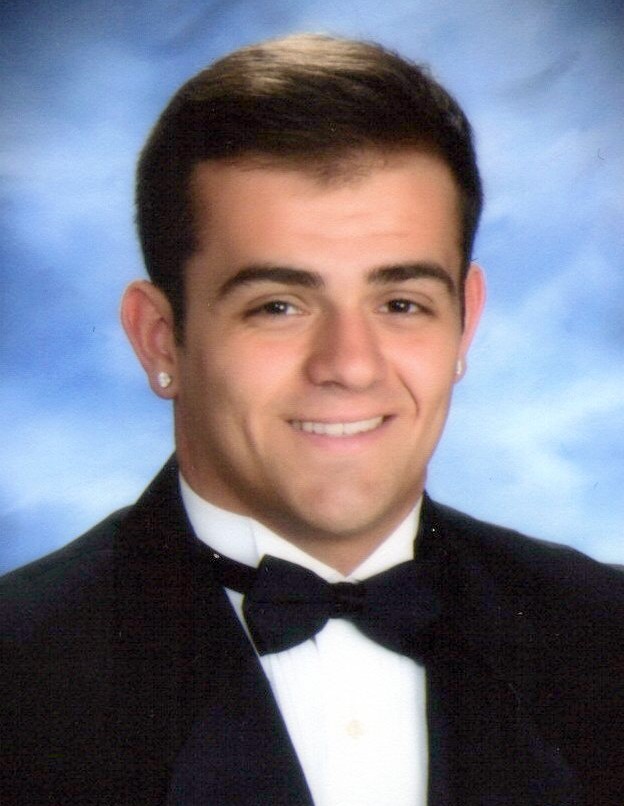 Jacob Daniel Woodard, 24, of Phenix City, AL died Friday, March 04, 2022 while at Torrence Memorial Hospital in Los Angeles, CA.
Funeral Services will be held at 2:00 PM (EST) on Friday, March 25, 2022 with Chaplain Lt. Jared Payne officiating according to Vance Brooks Funeral Home, Phenix City, AL. Interment with U. S. Coast Guard Honors will follow in Lakeview Memory Gardens. The family will receive friends one hour prior to the service on Friday at the funeral home.
Jacob was born April 09, 1997 in Chester, PA son of Jason Lee Woodard and Danielle Marie Zettle Woodard. He was serving proudly in the U. S. Coast Guard at the time of his death. Jacob attended Smiths Station Schools since first grade and participated in numerous sports, such as football and wrestling. He also was a student at Columbus State University before signing onto the U.S. Coastguard. While in the Coast Guard, he traveled to many foreign countries while at sea and experienced many various cultures. He enjoyed spending the last three years of his life in California with his fellow Coastguardsmen and loving girlfriend. Jacob loved to make folks laugh, often playing jokes on them or just plain being silly. He enjoyed Harry Potter and Lord of the Rings, collecting novelty items and collectables for both. Jacob also liked playing various video games with his brothers and friends. He also collected Legos and made some incredible Lego sculpture art. Physical fitness was also a big part of his life too. He enjoyed running on the beach, working out and helping others to get fit.
Jacob was taken from us far sooner than we would have wanted, but all the fun times, wonderful memories and shared family times will be cherished in our hearts forever.
Jacob was preceded in death by his older brother, Brandon John Woodard.
Survivors include his parents, Jason Lee Woodard and Danielle Marie Zettle Woodard, Phenix City, AL; a brother, Anthony Joseph “AJ” Hunter Woodard and Hennie Ladd, his fiancé and the mother of Jacob’s precious newborn niece, Oakley-Marie Danielle Woodard all of Phenix City, AL; paternal grandmother, Elizabeth Ann Jones, Columbus, GA; maternal grandparents, John and Donna Zettle, Boothwyn, PA; several aunts, uncles, cousins and friends also survive.
To sign the online guest register visit www.vancebrooksfuneralhome.net.

To leave a condolence, you can first sign into Facebook or fill out the below form with your name and email. [fbl_login_button redirect="https://vancebrooksfuneralhome.net/obituary/jacob-daniel-woodard/?modal=light-candle" hide_if_logged="" size="medium" type="login_with" show_face="true"]
×