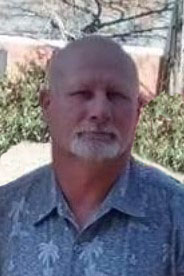 James Albert Foster, 59, of Columbus, GA passed away on Sunday, May 16, 2021 at Piedmont Columbus Regional Midtown.

James was born on October 7, 1961 in Columbus, GA to the late Alvin Eugene Foster and Alberta Marie Shaw Foster. He was an automotive technician with a long and successful career. James enjoyed being in the great outdoors, experiencing nature firsthand. He was able to share that passion with his daughter and son, teaching them how to hunt and fish when they were children. James was a special husband, father, grandfather and brother who loved his family very much. He will be greatly missed but will always be remembered with the fondest and happiest of memories by those whose lives he touched.

To leave a condolence, you can first sign into Facebook or fill out the below form with your name and email. [fbl_login_button redirect="https://vancebrooksfuneralhome.net/obituary/james-albert-foster/?modal=light-candle" hide_if_logged="" size="medium" type="login_with" show_face="true"]
×