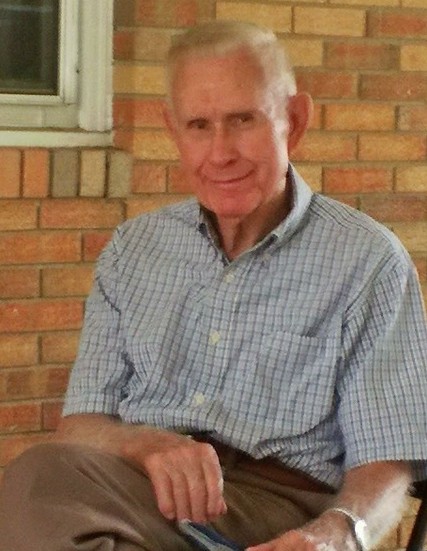 James Edward Shaw, 87, of Phenix City, AL passed away peacefully on Saturday, May 27, 2017 at St. Francis Hospital in Columbus, GA.

Funeral services will be held at 12:30 pm EDT on Thursday, June 1, 2017 at Vance Memorial Chapel in Phenix City with Rev. Boyd Cochran and Rev. Ed Bradley officiating.  Interment with Military Honors will follow at Fort Mitchell National Cemetery.  The family will receive friends Wednesday evening from 6:00 to 8:00 pm EDT at the funeral home.

Mr. Shaw was born August 20, 1929 in Houston County, AL to the late Walter Lee Shaw and Lilla Elizabeth Hughes Shaw.  He was a retired supervisor with Tom’s Foods in Columbus, GA with 30 years of service, and also retired from the Lee County School System as a bus driver with 40 plus years of service transporting four generations of Smiths Station students.  Actively involved in the Smiths Station community, he was a past President of the Ruritan Club and the AARP, a team member of the Unity Campaign for incorporation of Smiths Station, a team member of Meals on Wheels, and a former member of the American Legion Post 135 in Phenix City.  Mr. Shaw was a simple man with old school ideas and ways.  He was committed to his family and never a quitter; he had drive, compassion, and a whole bunch of love.  He served our country and was a Veteran of the United States Army.  He was a member of First Assembly of God Church in Phenix City and attended Pierce Chapel Assembly of God in Phenix City.  Other than his parents, he was preceded by his bride of 60 ½ years, Milbris Catherine Carpenter Shaw, one sister, Mary Nell McIntyre, and two brothers, Walter “Royce” Shaw, and Ben Shaw.

In lieu of flowers, contributions may be made to Pierce Chapel Assembly of God Church or the American Heart Association in memory of James Shaw.  Online condolences may be shared at www.vancememorialchapel.net

To leave a condolence, you can first sign into Facebook or fill out the below form with your name and email. [fbl_login_button redirect="https://vancebrooksfuneralhome.net/obituary/james-edward-shaw/?modal=light-candle" hide_if_logged="" size="medium" type="login_with" show_face="true"]
×