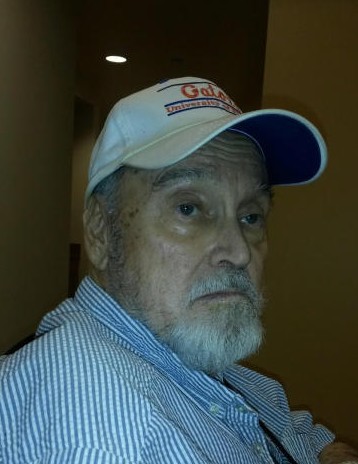 James Foster Cromer, Jr. a resident of Columbus, GA since 1991. He was born in Portsmouth, VA, June 17, 1934 and lived from childhood through college in Ocala, Florida. James had degrees from The University of Florida, Technologico de Monterrey, Mexico, and Montana State University, Billings. He died on August 26, 2018 at the age of 84.

He was preceded in death by his parents, James Foster Cromer, Sr. and his wife, Hellon Virginia (Sutton) Cromer. James is survived by his devoted wife, Patricia Pellum Cromer, originally from Stark, Florida; their two lovely daughters, Martha (Stephen) Bartenhagen and Catherine (Frank) Rickerl of Iowa; his special grandchildren total five; Clarence, Patrick, and Virginia Bartenhagen and Cecilia and James Rickerl.  James is also survived by his younger sister, Mary Ann Cromer, a retired pediatrician in the Boston.

Before coming to Columbus, Jim was a teacher of English, Spanish, and a guidance counselor. He was a bilingual school psychologist for MCSD.  He thoroughly enjoyed his trips to Mexico.  Jim was an avid singles and doubles tennis player and won many trophies. His unique personality and special sense of humor will be sorely missed by all who have known him. He was a member of the Starke Methodist Church.

In lieu of flowers, donations may be made to the Valley Rescue Mission, 01-B 30th Street

To leave a condolence, you can first sign into Facebook or fill out the below form with your name and email. [fbl_login_button redirect="https://vancebrooksfuneralhome.net/obituary/james-foster-cromer/?modal=light-candle" hide_if_logged="" size="medium" type="login_with" show_face="true"]
×