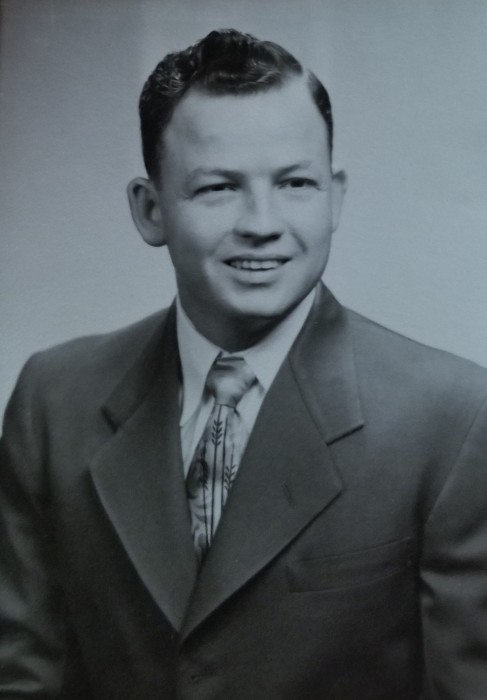 James “Max” Carter, 91, of Phenix City, AL passed away peacefully on Friday, May 24, 2019 at Columbus Specialty Hospital in Columbus, GA while surrounded by his loving family.

Funeral services will be held at 11:00 am EST on Wednesday, May 29, 2019 at Vance Brooks Funeral Home in Phenix City with Minister Steve Barnes, and his grandsons, Ashley Miller and Austin Carter officiating.  Interment will follow at Lakeview Memory Gardens.  The family will receive friends Tuesday evening from 6:00 to 8:00 pm at the funeral home in Phenix City.

Mr. Carter was born April 4, 1928 in Tennille, AL to the late William Anderson Carter and Mattie Irene Carter.  He worked with Fieldcrest Mills and was retired with 44 years of loyal service.  He served our country proudly with the United States National Guard.  Mr. Carter was an active member of the Central Activity Center in Phenix City.  He enjoyed working in his garden, canning, fishing, and loved the outdoors, especially the Carter Farms which was called the “Old Home Place” where he was raised in Pike County, Alabama. His greatest joy was time with all his family and especially sharing time with all his grandchildren and great grandchildren.  He was a former member of Broad Street Church of Christ in Phenix City for 63 years, and a current member of Stafford Road Church of Christ in Phenix City.

In lieu of flowers, contributions are requested to the Central Activity Center in Phenix City in memory of Mr. James “Max” Carter.

To leave a condolence, you can first sign into Facebook or fill out the below form with your name and email. [fbl_login_button redirect="https://vancebrooksfuneralhome.net/obituary/james-max-carter/?modal=light-candle" hide_if_logged="" size="medium" type="login_with" show_face="true"]
×